Trump abruptly leaves a 60-min interview in only 45 mins 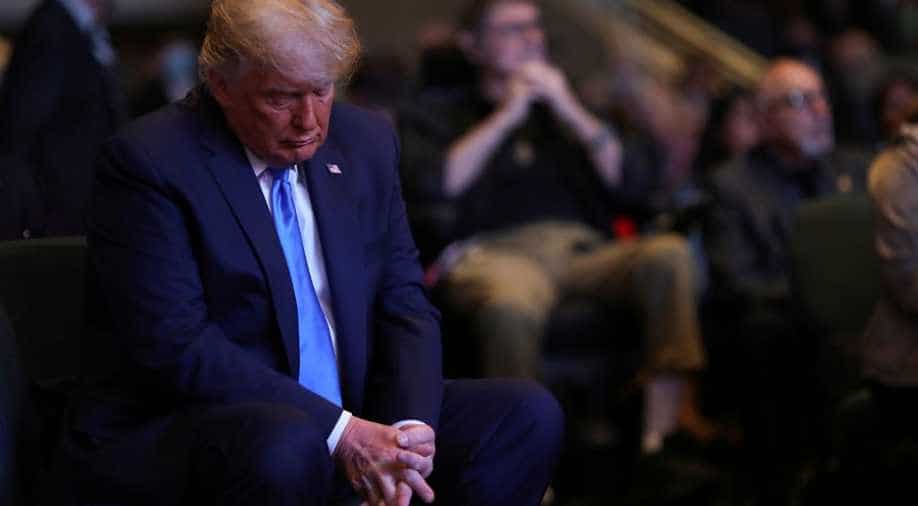 Trump sat down with host Lesley Stahl for only 45 minutes on Tuesday before leaving abruptly the interview. He later told the network he believed they had enough material to use.

United States President Donald Trump abruptly left a solo interview with CBS News’ -- “60 Minutes”, and did not return for an appearance he was scheduled to shoot with Vice-President Mike Pence.

Trump sat down with host Lesley Stahl for only 45 minutes on Tuesday before leaving abruptly the interview. He later told the network he believed they had enough material to use.

Later, Trump posted on Twitter a clip of the reporter at the White House attacking her for not wearing a face mask.

“I am pleased to inform you that, for the sake of accuracy in reporting, I am considering posting my interview with Lesley Stahl of 60 Minutes, PRIOR TO AIRTIME! “ he added.
“This will be done so that everybody can get a glimpse of what a FAKE and BIASED interview is all about ... “ Trump tweeted.

According to CNN, however, Stahl had a mask on from the time she entered the White House to when the interview started. The image from the tweet only showed her standing with her producers before she went back to her belongings to wear the mask.

Along with Trump and Pence, former Vice President Joe Biden and California Senator Kamala Harris also gave interviews with CBS and all four are scheduled to appear in a programme on Sunday.

Trump and Pence were scheduled to appear on the Sunday programme together, as they did four years ago for a walk and talk session before Trump decided to end the interview without reason. Biden and Harris, however, filmed their interviews separately.

Polling in states where Trump won in 2016, shows Biden to be ahead this time. Trump admitted that he was upset while standing on the tarmac in Arizona on Monday.

He has, to this end, demanded his attorney general to work “fast” to investigate the unfounded accusations against Biden before the elections. After the panel organising Thursday’s debate announced that the candidates’ microphones would be muted for certain parts of the event, Trump accused them of bias.