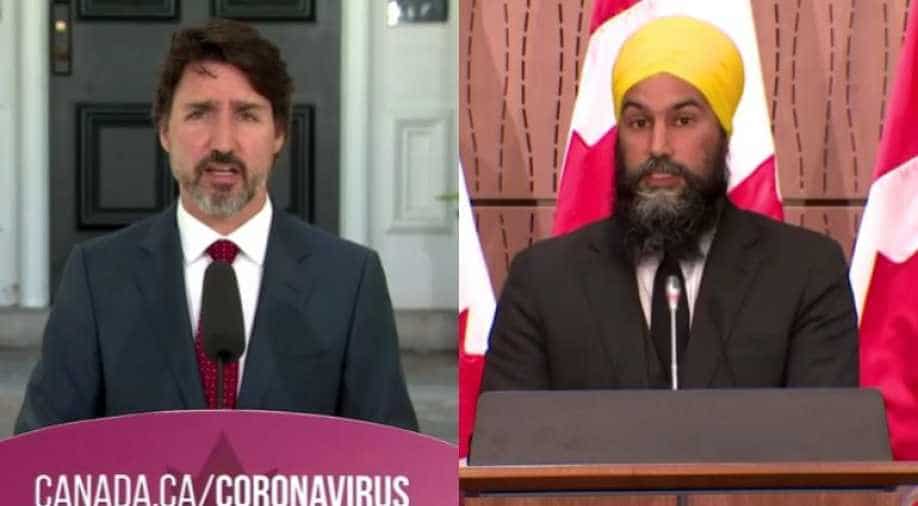 New Democratic Party head Jagmeet Singh, the first minority leader of a federal Canadian political party, had been trying to win support for a motion on Wednesday recognizing the existence of systemic racism in the Royal Canadian Mounted Police.

Canadian Prime Minister Justin Trudeau on Thursday backed the leader of an opposition party who was ejected from the House of Commons for branding a member of another party a racist and refusing to apologize.

New Democratic Party head Jagmeet Singh, the first minority leader of a federal Canadian political party, had been trying to win support for a motion on Wednesday recognizing the existence of systemic racism in the Royal Canadian Mounted Police.

When a legislator from the Bloc Quebecois refused to support the motion, Singh called him racist, prompting the speaker to eject Singh for the rest of the day.

Singh, a practicing Sikh who often pairs bright turbans with stylish suits, is a former criminal defense lawyer, in a sometimes tearful address to reporters on Wednesday told reporters he had been upset.

"I look back and I saw that MP not only say no, but make eye contact with me and just kind of brush his hand, dismiss it. And in that moment, I got angry. I'll be honest. I got angry. But I'm sad now. Because why can't we act? Why can't we do something to save people's lives? We can do something. And why would someone say no to that?," he said.

The Indian-origin NDP leader has more than once openly voiced his support for Sikh separatists in Canada, earning him the tag of being ‘pro-Khalistan’.

Experts believe that Trudeau is supporting him to take advantage of internal politics.

Many Canadian cities have been the sites of anti-racism rallies in recent weeks, on the heels of similar protests in the United States.

The Bloc said it had objected to Singh's motion because the House of Commons public safety committee was already studying systemic racism in the police.

"It is important that we recognize when the only racialized leader in the House of Commons makes a statement like that, that it comes from a place that yes, will make people uncomfortable, but needs to be dealt with as we move forward as a country," Trudeau told reporters.

Trudeau has frequently said there is a need to address systemic racism in Canada.

Canada is a multicultural country, with more than 22 per cent of the population is made up of minorities and another 5 per cent aboriginal, according to the latest census.