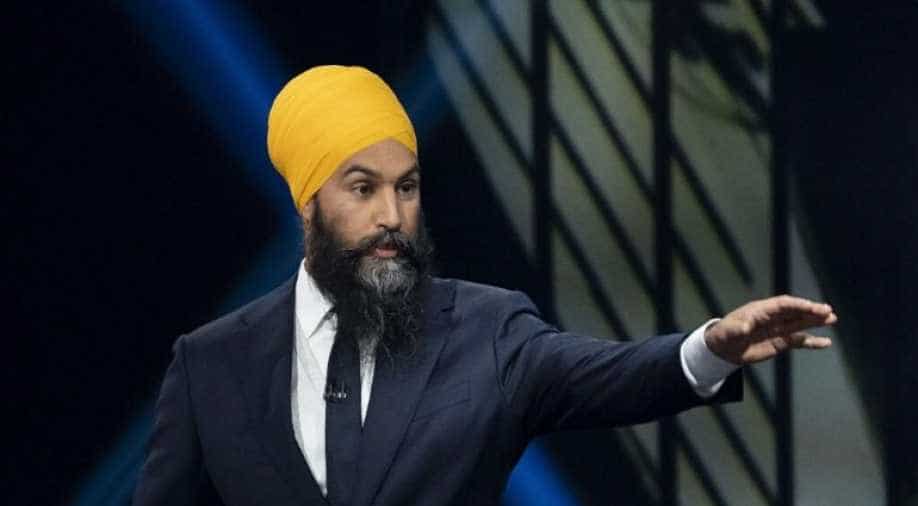 Speaker Anthony Rota kicked Singh out for the rest of the day after Singh called Alain Therrien racist for refusing to support an NDP motion dealing with systemic racism in the RCMP.

NDP Leader Jagmeet Singh has been expelled from the House of Commons for calling a Bloc Quebecois MP racist and for refusing to apologize and withdraw his comments.

Speaker Anthony Rota kicked Singh out for the rest of the day after Singh called Alain Therrien racist for refusing to support an NDP motion dealing with systemic racism in the RCMP.

Singh tried to get all parties in the House of Commons to agree to a motion recognizing the existence of systemic racism in the RCMP.

''I don't back down from standing up to racism… I don't think it benefits for me to call people names, I was angry at the moment and I stand by it,'' Singh said in a press conference a few hours after the very tense moment during the special sitting to study the latest round of federal spending measures.

''In that moment I got angry, but I am sad now, because why can’t we act? Why can’t we do something to save peoples’ lives? We can do something, and why would someone say no to that?'' Singh said, visibly emotional.

Singh was seeking the unanimous consent of the House of Commons to pass a motion calling on the House to recognize there is systemic racism within the RCMP and call on the government to review the RCMP budget as well as the federal law that governs the police force. His motion also called for other accountability measures related to the RCMP, including a full review of the use of force by members and the training officers get.

Therrien was the only MP in the House who refused to support the motion prompting Singh to call the Bloc MP a racist.

Jagmeet Singh, an Indian-origin Sikh opposition leader in Canada, has more than once openly voiced his support for Sikh separatists in Canada, earning him the tag of being ‘pro-Khalistan’.