Treasury's Mnuchin to head US delegation to Davos conclave 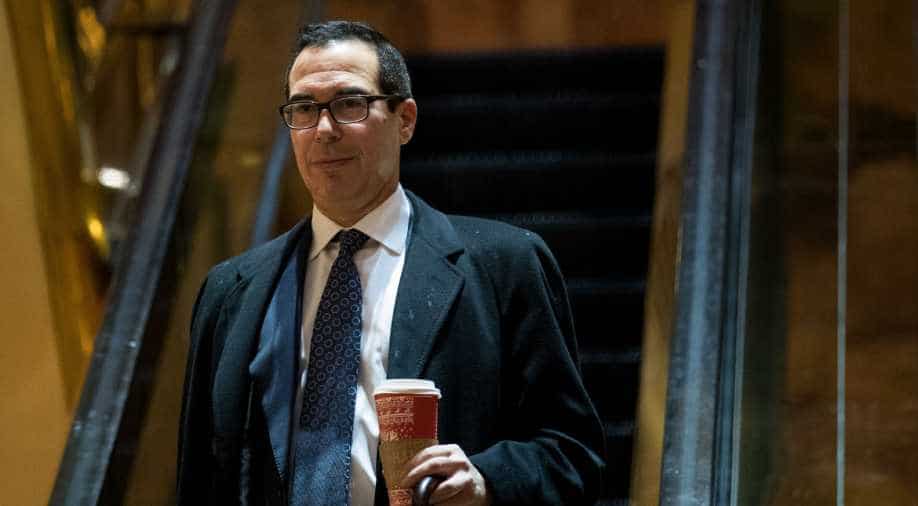 File Photo: US Treasury Secretary Steven Mnuchin, who was also finance chairman for the Trump campaign. Photograph:(Getty)
Follow Us

The US Treasury Secretary Steven Mnuchin will lead a group of US officials who will attend the World Economic Forum later this month in Davos, Switzerland, the White House said Wednesday.

Also attending will be Keith Krach, a State Department undersecretary for growth, energy and the environment, and Christopher Liddell, a White House deputy chief of staff.

Reuters reported on December 17 that President Donald Trump planned to attend the annual Davos economic forum, citing a source familiar with the plan. A White House official, speaking on condition of anonymity, said on Wednesday that Trump is still expected to attend at this time.

In 2019, Trump had to cancel his plan to attend the annual gathering of global economic and world leaders due to a government shutdown. He attended the Davos forum in 2018.

The World Economic Forum in the Swiss ski resort town is scheduled to run January 21-24.

Events in Congress could affect the Republican president's attendance at the event.

Trump, who became the third American president to be impeached on December 18, faces a trial on charges of abuse of power and obstruction of Congress once House Speaker Nancy Pelosi, a Democrat, sends the charges - called articles of impeachment - to the Republican-controlled Senate.

A dispute between Pelosi and Senate Leader Mitch McConnell over how the trial will be conducted arose after the Democratic-controlled House of Representatives impeached Trump.