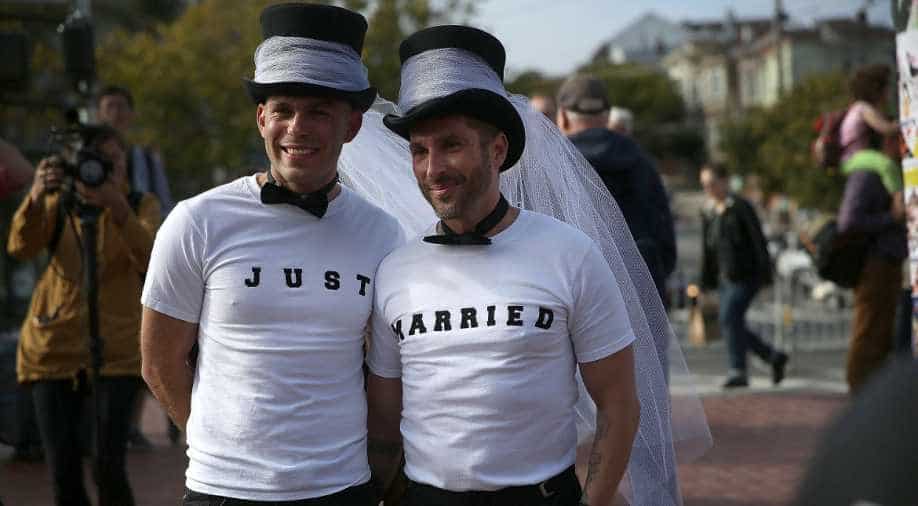 Archbishop Colin Johnson yesterday said that he wanted his gay and lesbian colleagues "to share the joy". Photograph:( Getty )

Follow Us
Toronto's Archbishop joined several other prominent clergymen who say they will bless same-sex marriages in defiance of a narrow vote by the Anglican Church of Canada not to authorise gay unions.

More than 200 delegates attending the six-day General Synod 2016 narrowly rejected the resolution Monday night after hearing from more than 60 speakers, most of them in favour of gay marriage.

Archbishop Colin Johnson yesterday said that he wanted his gay and lesbian colleagues "to share the joy".

Johnson said blessing same-sex marriages at the discretion of the bishop and with agreement of local clergy was a logical step in the evolution of the church that he said he would be considering in the coming weeks.

"I am advised that this option would not contravene the marriage canon," Johnson said. "I am confident it would be supported by the majority, even if not all of our bishops, clergy, laity and the wider community."

Same-sex marriage has been legal in Canada since 2005, and Monday's vote puts the Anglican Church, the third largest in Canada, out of step with most Canadians, including Prime Minister Justin Trudeau, who recently took part in a gay pride parade in Toronto. In order for the resolution to have passed, it required two-thirds support from each of three orders--the lay, clergy and bishops.

Meghan Kilty, the director of communications for the Anglican Church of Canada, said yesterday that 155 delegates voted in favour of the resolution and 68 against it, with three members abstaining from the vote. The result was one vote short of what was needed to pass the measure.

Bishop John Chapman in Ottawa, Ontario, said in a statement that he planned to proceed immediately with such unions in his diocese, although no one would be forced to officiate at such a ceremony.

"It is time my friends," Chapman said. "It is past time."

"Take heart," said Rev. Melissa Skelton, bishop of New Westminster, British Columbia. "This is not over."

The General Synod is held every three years, and the vote was the culmination of work that began when the last General Synod, the church's legislative body, asked a panel to come up with a draft motion.

About 1.6 million Canadians identify themselves as Anglican, according to Statistics Canada.

The US Episcopal Church, the Anglican body in the United States, is alone among Anglican bodies in approving gay marriage and has faced a backlash for its support of same-sex unions.