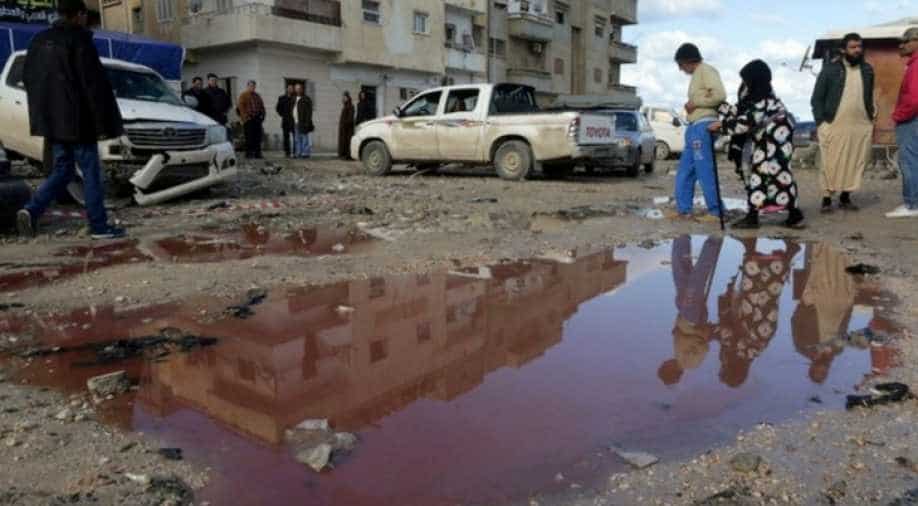 The toll was one of the highest from a single attack since Libya slid into turmoil after the uprising that toppled Muammar Gaddafi in 2011. Photograph:( Reuters )

The toll from a twin car bombing in Libya's eastern city of Benghazi rose to 35 on Wednesday, with about 60 people wounded, medical officials said.

The first blast on Tuesday evening hit worshippers leaving a mosque in Benghazi's central Al Salmani district. The second, about 15 minutes later, inflicted a large number of casualties among people who had gathered at the scene.

Senior security officials were among the casualties.

Local health official Hani Belras Ali said on Wednesday that 47 people were also wounded in the Tuesday night attack in the Salmani neighborhood.

No group has yet claimed responsibility for the attack.

The United Nations has condemned the bombings, saying that direct or indiscriminate attacks on civilians are prohibited under international humanitarian law and constitute war crimes.

The toll was one of the highest from a single attack since Libya slid into turmoil after the uprising that toppled Muammar Gaddafi in 2011.

Benghazi is controlled by the Libyan National Army (LNA), which is led by powerful eastern-based commander Khalifa Haftar and was battling Islamists and other opponents in the port city until late last year.