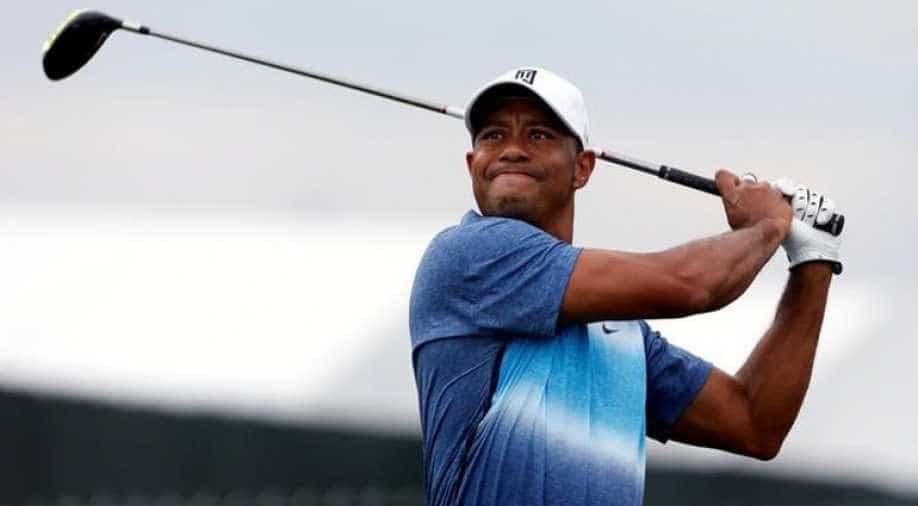 Woods, who had his fourth back surgery in April, said last week that he felt better than he had in years and had no plans to retire from competitive golf. Photograph:( Reuters )

Tiger Woods apologised on Monday for his driving under the influence arrest, insisting that alcohol was not involved in the late-night incident.

In a statement sent to USA Today, Woods, who was pulled over by police in Florida in the early hours of Monday, blamed the incident on a bad reaction to prescription medication.

"I understand the severity of what I did and I take full responsibility for my actions," Woods said in the statement.

"I want the public to know that alcohol was not involved," the former world number one added.

"What happened was an unexpected reaction to prescribed medications. I didn't realize the mix of medications had affected me so strongly," the 41-year-old added.

"I would like to apologize with all my heart to my family, friends and the fans. I expect more from myself too."

The 14-time major winner was arrested by police in the early hours of Monday near his home in Jupiter, Florida.

He was released at 10:50 am (1450 GMT) according to police records, with a mugshot posted online showing the golfer looking bleary-eyed and unshaven.