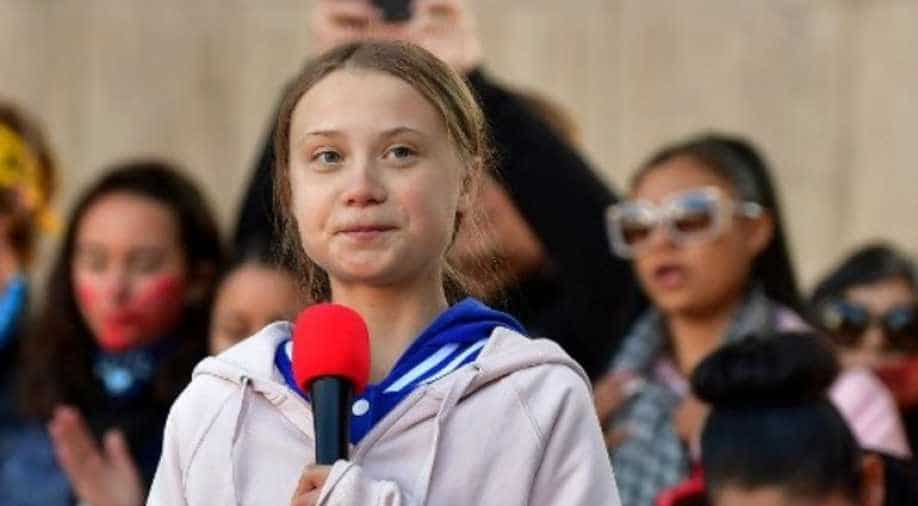 'We are doing this because our future is at stake,' Thunberg told crowd organizers estimated to be in the thousands, which gathered in front of the provincial legislature in Edmonton.

Teen activist Greta Thunberg rallied with climate change protesters in Canada's oil-rich province of Albert on Friday, as oil workers counter-protested by honking the horns of their big rigs.

"We are doing this because our future is at stake," Thunberg told crowd organisers estimated to be in the thousands, which gathered in front of the provincial legislature in Edmonton.

"We will not be bystanders. We are doing this because we want the people in power to unite behind the science."

But while many shouted their support for Thunberg, who has become the face of the fight against political inaction on global warming, counter-protesters who supported oil production travelled to the city to make their distaste for Thunberg known, blaring their horns as she spoke.

"We care for the environment, of course, we do. What they need to understand is that we're hurting and we also need to care about Alberta jobs," a counter-protester told Canadian media before joining a convoy of 50 vehicles that set out from Red Deer, Alberta for the provincial capital.

Alberta Premier Jason Kenney, speaking at the Friday opening of a new gas pipeline in the province, which holds the world's third-largest oil reserves, also had a message for Thunberg and her supporters.

"When they charged their iPhones last night, that power came from this plant," he said, pointing to the former coal-fired Keephills power plant near Edmonton that was being converted to natural gas.

The province's oil sands are the single largest source of CO2 emissions in Canada. The sector has been hotly criticized by environmental groups, while a flight of foreign investment and a lack of pipelines to new markets has strangled development.

Last month, Thunberg marched in Montreal with nearly half-a-million supporters, including Prime Minister Justin Trudeau. It was one of the largest rallies in Canadian history.