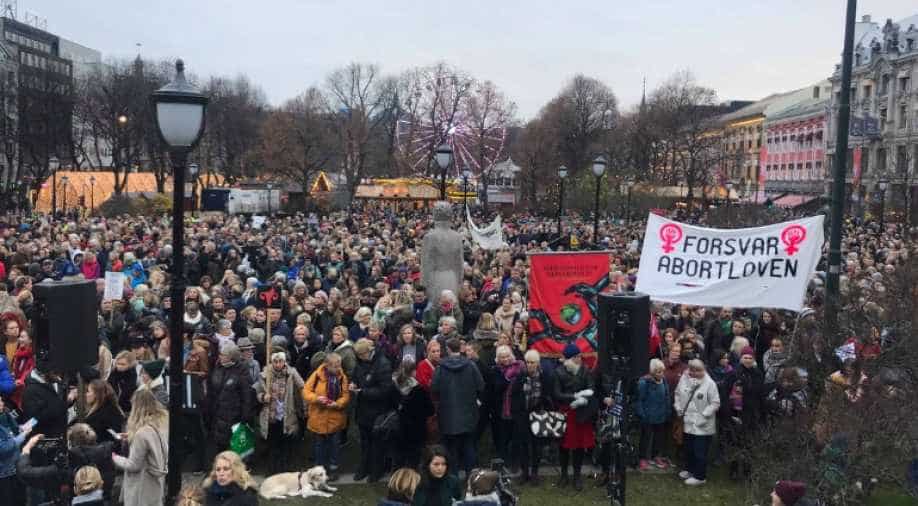 Since 1978, a termination after 12 weeks must be authorised by a panel of two hospital doctors. If the panel refuses, the decision can be appealed.

When the Christian Democrats opened talks on teaming up with the opposition Labour Party to bring down the Conservative-led government, Prime Minister Erna Solberg intervened, offering to discuss tightening abortion rules.

The argument helped persuade rank-and-file members of the socially conservative, Lutheran-based party to vote for talks to join the ruling coalition, potentially securing Solberg a majority in parliament until the next election in 2021.

The Christian Democrats want further restrictions or an end to terminations after the twelfth week of pregnancy, potentially reining in exemptions for genetic conditions or injuries.

"It is discriminating to select on the basis of having different skills ... Children with Down syndrome should have the same legal rights as other children," Kjell Ingolf Ropstad, deputy leader of the Christian Democrats, told public broadcaster NRK earlier this month.

Since 1978, a termination after 12 weeks must be authorised by a panel of two hospital doctors. If the panel refuses, the decision can be appealed.

In an effort to quell a backlash within her own party, as well as from the opposition, Solberg said any changes to the abortion law would not undermine women's rights.

"In practice this will mean that, in future, women who seek an abortion after the twelfth week of pregnancy will as much as before have the right to have an abortion," she told parliament on Wednesday.

Some 68 percent of Norwegians are against changing the abortion law, while 16 percent are in favour, according to a poll published in daily VG on Nov. 9. The phone survey by Respons Analyse polled 1,000 participants aged 18 and over.