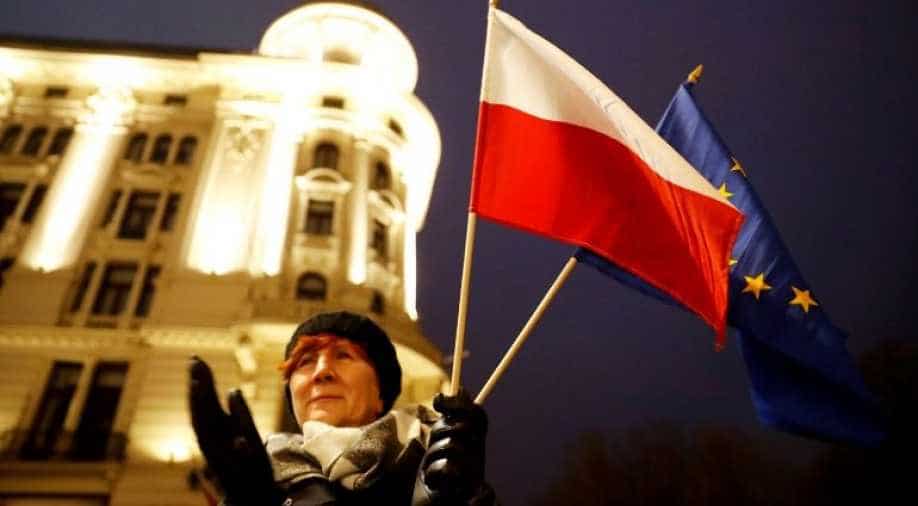 A woman holds Polish an EU flags as she attends a protest against judiciary reform in Warsaw, Poland. Photograph:( Reuters )

Thousands of people, including judges and lawyers from many EU member states, marched through Warsaw on Saturday to protest against what they say are government attempts to curb the powers of the judiciary in Poland.

Last month Poland's lower house of parliament approved a draft law that would allow judges who question the government's reforms to be disciplined.

The European Commission has said the planned legislation would imperil the rule of law, deepening a standoff with the ruling Law and Justice (PiS) party. 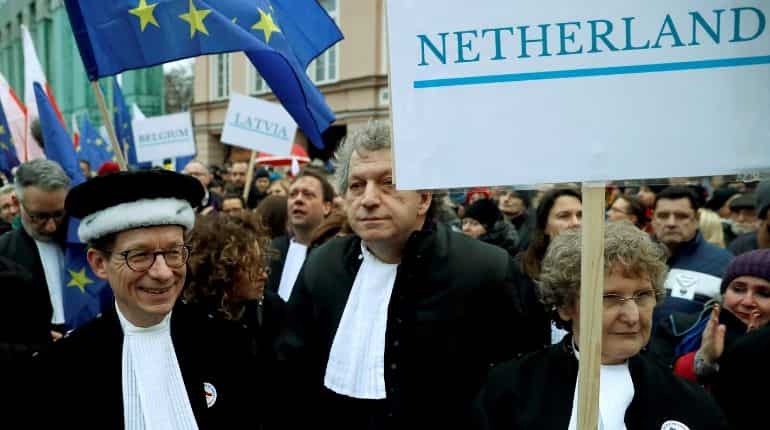 In 2017 the European Parliament invoked Article 7 of its governing treaty against Poland for persistently flouting democratic rules, the first time it had used the procedure.

The latest legislation was drawn up after some judges questioned the independence of peers nominated by a panel set up by the PiS-dominated parliament after nationalists won the 2015 elections.

PiS says the new law is necessary to make the judiciary more efficient.

But critics say it will curb the judges' independence, putting pressure on them to rule in favour of government policies. Poland's Supreme Court said in December Warsaw could end up leaving the EU over the dispute.

Saturday's protest, tagged as "1,000 Robes March", was headed by a group of judges wearing robes and carrying banners that read "The right to independence" and "The right to Europe". 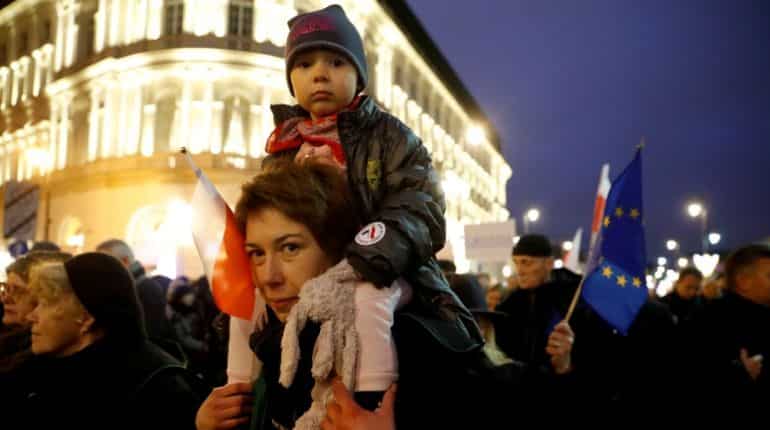 "It is not usual for us to go out in robes to protest against depriving people of their right to courts," said Krystian Markiewicz, President of the Polish Judges Association Iustitia, one of the march organisers.

"We are doing this for the citizens."

Judges from 22 European countries, including Germany, France, and Spain, participated in the protest, Iustitia said.

The march started in front of the Supreme Court, passed the president's office and ended at the parliament building to symbolise the principle of separation of powers, which the organisers say is now under threat.

"The situation is very serious, at least in our judgment, and that's why we are here," Jose Igreja Matos, President of the European Association of Judges, told Reuters.

A government spokesman told Reuters: "We believe that the bills that are being adopted in Poland regulate the stability of the legal system."

Ahead of the march, a PiS spokesman was quoted by private broadcaster TVN24 as saying that judges should not get involved in politics.

"We've come here to support Polish judges. We are here for the rule of law, not for politics," John MacMenamin, a judge of the Supreme Court of Ireland, told a press conference ahead of the protest.

The upper house of parliament where the opposition has a slim majority could reject the draft legislation, but the PiS-controlled lower house would still have the power to overturn any changes.