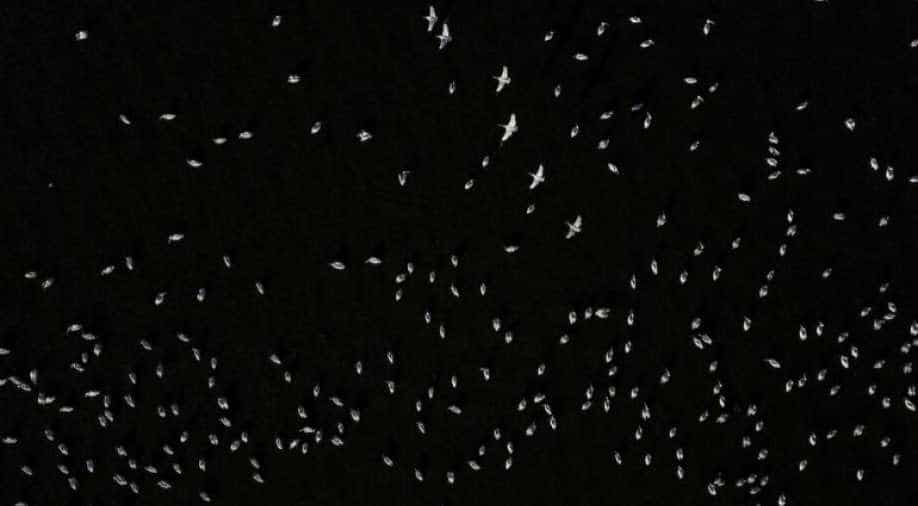 White pelicans, one of the largest birds from Canada and the United States, are seen flying over the shore of the Chapala lagoon in Cojumatlan, Mexico, on January 28, 2020 Photograph:( AFP )

Bird watchers across the world have brought to notice a natural catastrophe.

Thousands of birds like swallows and swifts that were migrating to Europe from Africa as part of their yearly cycles have been killed by high winds that have taken over Greece.

“Over the last three days because of high winds in the north and over the Aegean Sea, thousands of small birds have been found dead or gravely injured,” she added.

“The night of April 5-6 was disastrous for migrating birds due to strong winds, low temperatures and rain in some regions”, The Greek ornithologist association said.

“Southerly winds pushed flocks of birds from north Africa into air currents from the north of the Aegean sea and particularly the islands”, the association added.

“To escape, exhausted birds, mainly swallows and swifts, which catch flying insects for food, headed for the Greek mainland”, it further said.

In their statement, the association has put forward requests to people for exercising caution when moving about in the streets, where tired birds seek temporary refuge after flying for thousands of kilometres.

Thousands of birds migrate towards northern territories during spring, and towards souther areas in autumn.