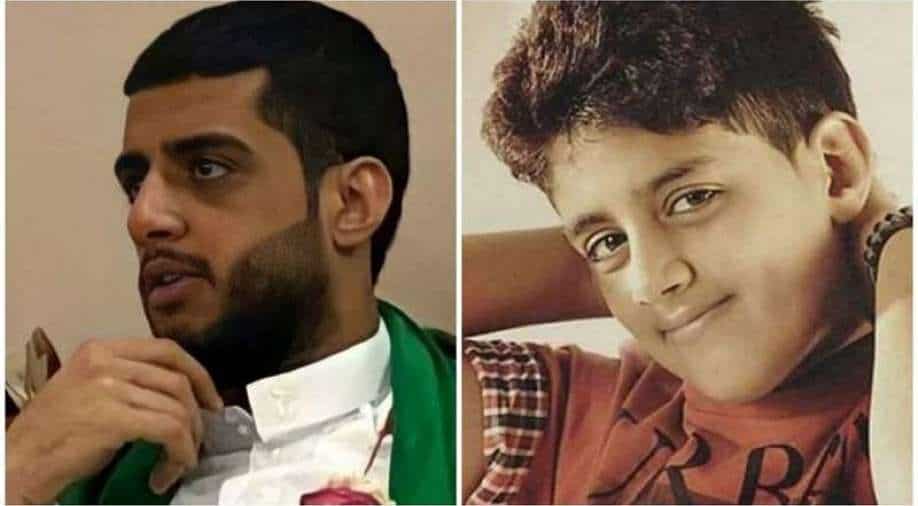 Murtaja Qureiris (left present after and right at the time of arrest) Photograph:( Twitter )

Murtaja Qureiris , who was imprisoned for eight years unfairly and arbitrarily by Saudi authorities after being detained at the age of 13 on suspicion of taking part in anti-government protests, was freed.

Murtaja Qureiris was released from prison on June 24, ending her status as the youngest political prisoner in Saudi Arabia, according to attorneys and campaigners. He is a Shia man who faced the possibility of the death penalty after being detained when he was just 13 years old.

Qureiris was detained by Saudi officials at the age of 13, three years after he was charged with taking part in a bike protest during the 2011 Arab Spring when he was just ten years old. He spent nearly four years in pre-trial incarceration before receiving a charge sheet that called for the death penalty.

Qureiris, according to the prosecution, participated in "an extremist terror group" and used violence during demonstrations, including allegedly helping to make Molotov cocktails. All of the accusations against Qureiris were refuted. Qureiris was stopped by Saudi border guards on the King Fahd causeway connecting the two nations while on his way to Bahrain with his family.

"Murtaja Qureiris, detained since 2014 when he was only 13, has been released following the expiry of his sentence," ALQST for Human Rights said on Twitter.

"Qureiris had been at risk of the death penalty, and was later sentenced to eight years on charges including participating in protests at the age of 10," the London-based group added.

It said he "should never have been arrested".

Amnesty International in the Gulf said it was "happy" for Qureiris and his family.

Ali al-Nimr, who was detained as a minor in 2012 for taking part in anti-government rallies and was given a death sentence that was later commuted, is among the young Shia men who have been freed by Saudi Arabia in recent months.

Nimr is the nephew of Shia cleric Nimr al-Nimr, whose execution by Saudi Arabia in 2016 caused Tehran and Riyadh to suspend diplomatic ties.

In recent years, Saudi Arabia has announced a number of court-sentencing reforms, including the suspension of the death penalty for drug offences and the elimination of court-ordered floggings.