The pandemic emptied Europe's cities. What will bring people back? 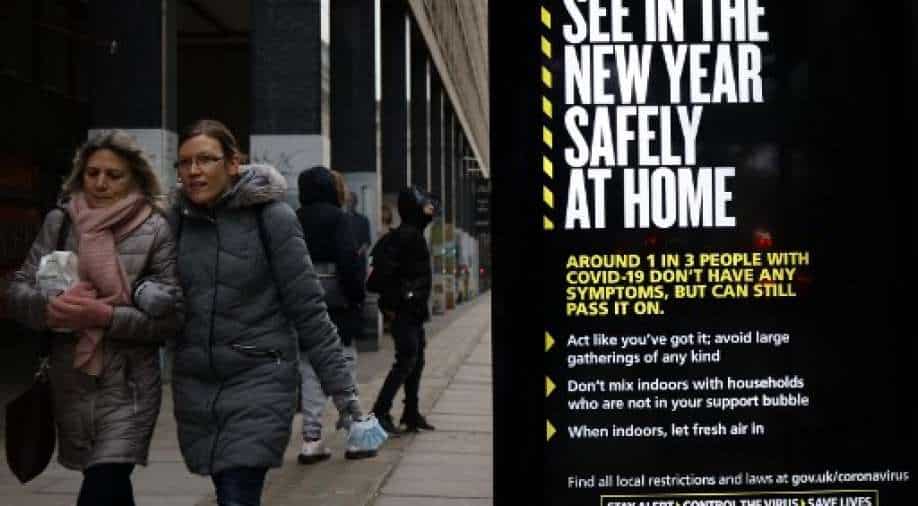 A study published earlier this month estimated that nearly 700,000 people left London in the last year, mostly foreign-born workers who may also have been reacting to Brexit

More broadly, cities will have to address new desires about connecting with nature and “reconnecting with life,” said Philipp Rode, executive director of LSE Cities, a research center at the London School of Economics.

A similar urban exodus has been seen in the United States during the pandemic, with affluent New Yorkers retreating to second homes and Silicon Valley techies scattering across the country. The phenomenon might be even more pronounced in the United States than in Europe.

“Broadly speaking, place loyalty in Europe is significantly higher than in the U.S.,” Rode said, pointing to past studies showing that even among cities in economic decline, those in Europe suffered relatively less population loss. “A lot of these places have very deep histories, very deep culture.”

Nevertheless, many European cities are introducing features like pedestrian and cycle-friendly commuting options and expanded green spaces. Milan, hit hard by the first wave of the virus, has designated more than 20 miles of cycling lanes as well as “parklets” in former parking lots.

Changes like these, which typically would take years, are being made practically overnight, British engineering firm Arup found. (And the pace of London’s program has prompted legal battles.)

But Léan Doody, who leads the integrated cities and planning network for Europe for Arup, is optimistic about the changes. He said that although the pandemic had highlighted some of the deeper problems with urban life, it could actually prompt a push for improvement.

“There is an opportunity” as the pandemic fades from view, to “introduce new behaviors,” she said.

“Perhaps city authorities, transport authorities and employers could think about policies to make a vision of the future that actually works for everyone,” she said.

Quantifying precisely how many people have left Europe’s cities is difficult, because the pandemic has complicated data collection. But a study published earlier this month estimated that nearly 700,000 people left London in the last year, mostly foreign-born workers who may also have been reacting to Brexit.

However, London could be an outlier. A survey from Arup found that some 41% of Londoners had moved out of the city at some point in the pandemic, compared to around 10% in Madrid, Milan and Berlin and 20% in Paris. Real estate company Century 21 said over the summer that it had recorded a spike in interest in leaving Paris, but no “mass exodus.”

Unaffordable housing was a pain point in many European cities even before the pandemic, which has both exposed and deepened inequality. But remote working is “loosening the link” between housing and employment, Doody said.

Property prices in Dublin have exploded in recent years after a housing-market collapse in the wake of the 2008 financial crisis; a steep drop in supply has met with overwhelming demand, worsened by a rise in short-term rentals.

Doody said plans by the Irish government to create a legal right for employees to request remote work could make strides toward easing the housing strains on Dublin while distributing high-earning workers elsewhere.

Brendan McLoughlin, 29, a business analyst for Ireland’s national postal service, is among many whose job will remain at least partially remote; he plans to relocate from shared accommodation in Dublin to his own house in a port town north of the city this summer.

“I think it’s forced this reevaluation of what matters in your setting and your home life,” he said.

There is a strong view among social scientists and economists that the pandemic has only accelerated changes already underway in cities, deepening a “doughnut effect” in which high prices drive residents to the outskirts and turbocharging a formerly meandering trend toward remote work.

But the more rapid shifts have focused the attention of urban authorities, who are increasingly addressing long-standing complaints about noise, air pollution, cramped apartments and stratospheric rents.

In Paris, which was losing residents even before the pandemic, Mayor Anne Hidalgo had already been advocating the idea of the “15-minute city” — a vision of a future for neighborhoods that would assure all necessary amenities existed a short walk from people’s front doors. She made strides to cut car traffic in the city center and promote more green space.

When the pandemic created a new urgency, Paris quickly turned the Rue de Rivoli, a main thoroughfare, into a multilane biking highway, cut traffic near schools to improve air quality and turned parking spaces into extended cafe seating. The city is now vowing to make some of its pandemic designs permanent.

But finding the political will for lasting change will be a challenge, Rode said, and would depend to a great extent on the level of public engagement and acceptance.

Malcolm Smith, an urban design fellow with Arup, argued in a recent report that the pandemic had already brought cities closer to the vision of the 15-minute city, and that there was now the potential to make less traffic, cleaner air and more time with family into more permanent features of urban life.

“It has shone a light on the importance of developing cities in smaller modules, with essential services concentrated around community hubs,” he wrote. “In the 19th century, the response to cholera in London brought big infrastructure, the sewer network. I hope COVID-19 will lead to lots of smaller scale but widespread interventions.”