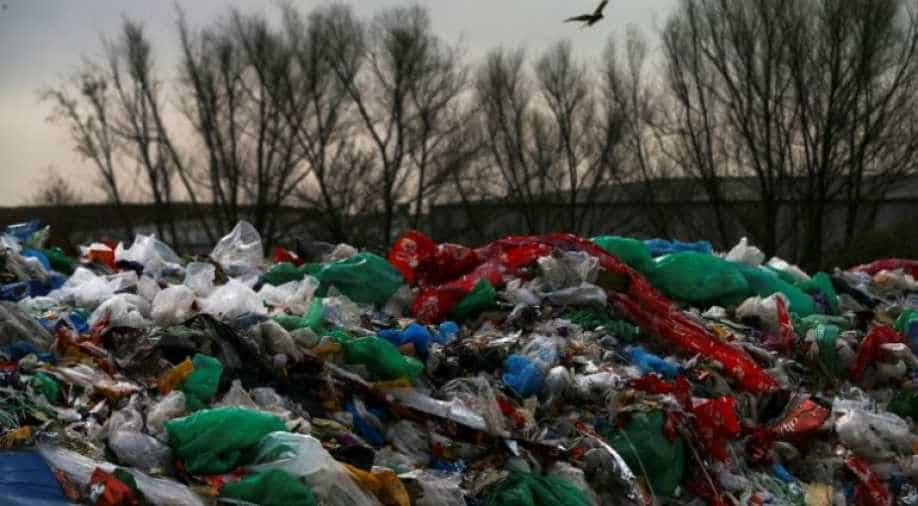 Tons of plastic in use worldwide Photograph:( Reuters )

Thailand began the year with a ban on single-use plastic bags at major stores, continuing a campaign launched by the government and retailers towards a complete ban in 2021 to reduce waste and debris in the sea.

Public awareness of the risk to animals and the environment from such waste was raised last year in a series of incidents where animals including a deer and a baby dugong were found dead with plastics in their digestive systems.

"Thailand was ranked sixth among the world's top countries that dumps waste into the sea," Minister of Natural Resources and Environment Varawut Silpa-Archa told reporters on Wednesday after handing out reusable bags to the public.

"During the past five months, we were down to 10th ... thanks to the cooperation of the Thai people."

The ministry says the country reduced the use of plastic bags by 2 billion, or about 5,765 tonnes last year, in the first phase of campaign to encourage consumers’ voluntarily refusal of plastic bags from stores.

"At first, I was not used to it (bringing shopping bags) because sometimes I just came bare hands and forgot about it. When I remember, I will carry it along," said one shopper, Supanee Burut-thong.

Varawut said the most challenging aspect would be the last 40 per cent of plastic bag used at fresh markets and in rural areas.

"It's not going to be easy to change the way of thinking and behaviour of those people," he said.