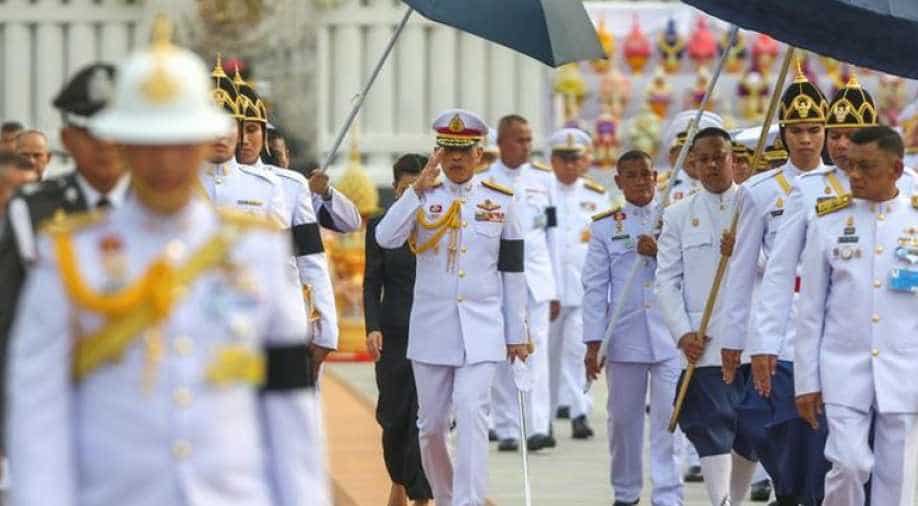 A prominent Thai human rights lawyer faces a prison term of up to 150 years if convicted on 10 counts of royal defamation under Thailand's harsh royal insult law, the legal watchdog Thai Lawyers for Human Rights said on Thursday.

Prawet Prapanukul, 57, provided legal assistance to members of a political opposition group, the United Front for Democracy Against Dictatorship, and served as legal counsel in a high-profile royal insult case.

He was detained in a raid on his home by police and troops on the weekend.

Prawet appeared in a Bangkok court on Wednesday and was charged with 10 counts of royal insult and three counts of breaking Section 116 of Thailand's criminal code, the equivalent of sedition.

"Prawet faces 10 counts of breaking Article 112, so that works out to up to 150 years in prison if he is found guilty," Anon Nampha of Thai Lawyers for Human Rights told Reuters.

"He also faces three separate charges of breaking Article 116 which carries a maximum sentence of seven years in prison for each offence."

It was not immediately clear what Prawet might have written or said that led to his arrest and charges.

A spokesman for the military government said he was unable to comment on the case.

Thailand's military seized power from an elected civilian government in a May 2014 coup.

Since then, the junta has detained hundreds of politicians, activists, journalists and others accused of being involved in anti-junta protests and activities.

Some have been held incommunicado in unofficial places of detention, such as military camps.

It has also taken a hardline stance against alleged transgressors of Article 112 of the criminal code which makes anyone found guilty of insulting the monarchy liable to imprisonment for up to 15 years.

The lawyers' group said Prawet was charged along with five others, who also faced charges under the royal insult law.

He is in pre-trial detention at a Bangkok remand prison after being held incommunicado at the 11th Army Circle base in Bangkok, a facility the military uses as a temporary prison.

Lese majeste laws have an impact on what any news organisation, including Reuters, can report about issues relating to Thailand's monarchy.