Tensions swell in Thailand ahead of fresh pro-democracy protest 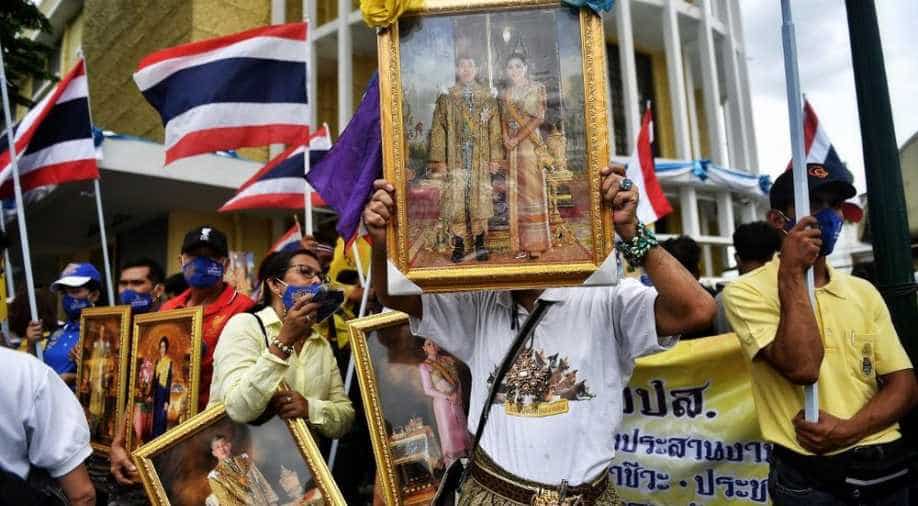 Thailand has seen near-daily demonstrations for the past month by student-led groups denouncing Premier Prayut Chan-O-Cha -- a former military chief who led the 2014 coup -- and his pro-establishment administration.

Protesters rallied in Bangkok on Sunday against the government as tensions rose in the kingdom after the arrest of three activists leading the pro-democracy movement.

Thailand has seen near-daily demonstrations for the past month by student-led groups denouncing Premier Prayut Chan-O-Cha -- a former military chief who led the 2014 coup -- and his pro-establishment administration.

Organisers expect thousands to participate. Hundreds of police personnel were seen at the venue before the scheduled start of the protest.

The protesters, partly inspired by the Hong Kong democracy movement, claim to be leaderless, and have relied mostly on social media campaigns to draw support across the country.

The hashtag "Give a deadline to dictatorship" and "Tag your friends to protest" started trending early Sunday on Twitter in Thailand.

The protesters are demanding an overhaul of the government and a rewrite of the 2017 military-scripted constitution, which demonstrators believe skewed last year's poll in the favour of Prayut's military-aligned party.

A rally last week -- attended by some 4,000 demonstrators -- also called for the abolition of a law protecting Thailand's unassailable monarchy, and for a frank discussion about the royal institution's role in Thailand.

Super-rich King Maha Vajiralongkorn sits at the apex of Thai power, flanked by the military and the kingdom's billionaire business elite.

The draconian "112" law can see those convicted sentenced to up to 15 years in jail for each charge.

On Sunday, some 50 royalist protesters carrying portraits of the king gathered at the Democracy Monument -- the same venue where the anti-government rally will take place later in the day.

The day before student leader Parit's arrest, Prayut said the protesters' demands were "unacceptable" for the country's majority, calling the pro-democracy movement "risky".

He struck a more conciliatory tone in a televised speech later in the day, appealing for unity and saying the "future belongs to the young".

Thailand has long seen a cycle of violent protests and coups, with the arch-royalist army staging more than a dozen putsches since the end of absolutism in 1932.

The growing discontent also comes as the kingdom goes through one of its worst economic periods since 1997 because of the coronavirus pandemic.

Millions have been left jobless, and the crisis has exposed the inequalities in the Thai economy, which is perceived to benefit the elite, pro-military establishment.