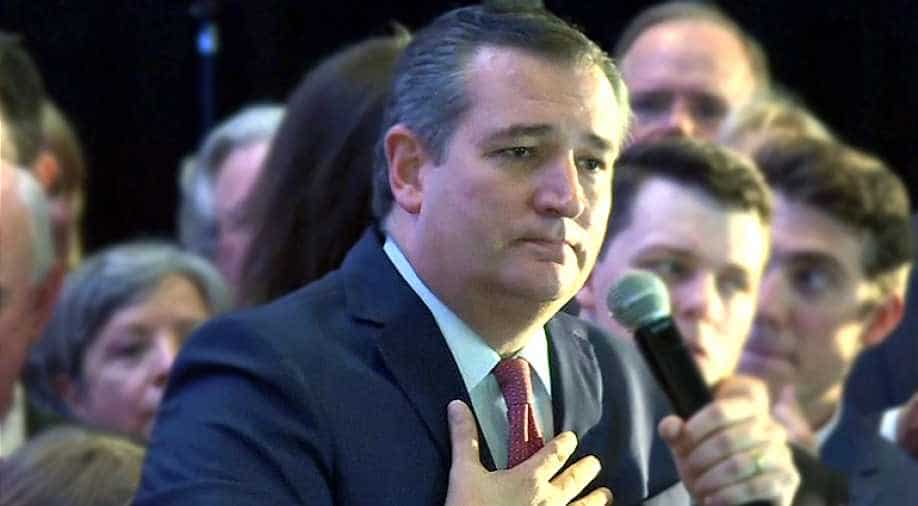 Ted Cruz: Election 'was a contest of who we are ... what we believe'. Photograph:( AFP )

A win for O'Rourke, 46, would have amounted to a political earthquake in the reliably Republican "Lone Star State," but he ultimately fell short.

Texas Republican Ted Cruz won re-election to a second term in the Senate, beating off Democratic challenger Beto O'Rourke in one of America's most expensive and closely watched midterm races, US news networks projected on Tuesday.

Cruz - a 47-year-old who battled President Donald Trump for the 2016 Republican presidential nomination - overcame major deficits in fundraising to ultimately defeat his charismatic rival, whose campaign electrified Democrats across the country and was backed by a galaxy of stars from Beyonce to Jim Carrey and LeBron James.

A win for O'Rourke, 46, a three-time congressman and former punk rocker whose given names are Robert Francis but who goes by Beto, would have amounted to a political earthquake in the reliably Republican "Lone Star State," but he ultimately fell short.

Cruz's campaign meanwhile was given a late boost by his former rival Trump, who belatedly stumped for the Cuban American two weeks before the vote.

During the 2016 campaign, Trump infamously insulted the looks of Cruz's wife Heidi, vaguely suggested Cruz's father had played a role in John F Kennedy's assassination and tagged him with the nickname "Lyin' Ted" - an insult used by O'Rourke.

Cruz's victory represented a significant boost for the Republican party as it looked set to retain control of the upper chamber of Congress.