Syria's 'indiscriminate' bombing of Aleppo is crime against humanity: Kerry 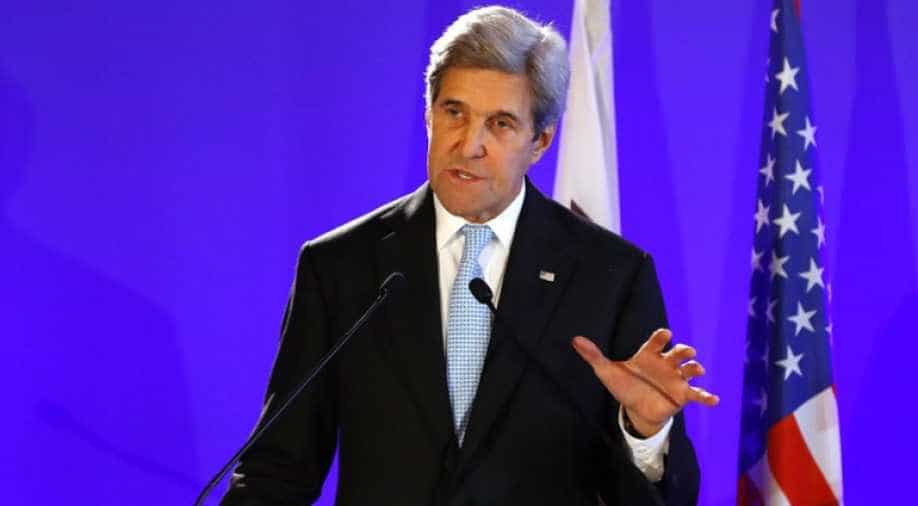 US and Russian officials were to gather in Geneva for what Kerry described as a bid to stop the city from 'being absolutely, completely, destroyed'. Photograph:( AFP )

Even as Russia-backed Syrian forces pummelled rebel-held Aleppo with air strikes on Saturday, US called the "indiscriminate bombing" crimes against humanity, AFP reported.

Syrian forces loyal to President Bashar al-Assad have overrun around 85 per cent of rebel-held east Aleppo in the last month, displacing tens of thousands of civilians and triggering international outrage.

Western powers met in Paris on Saturday, calling for the resumption of peace talks and for civilians to be allowed to leave Aleppo, AFP reported.

"The indiscriminate bombing by the regime violates rules of law, or in many cases, crimes against humanity, and war crimes," Kerry said in Paris, urging Russia to do its "utmost to bring it to a close".

The UN's Syria envoy Staffan de Mistura said the world is watching "the last steps" in the Aleppo battle and evacuating civilians must be a priority.

"We need to tie down the conditions for a genuine political transition, and negotiations must resume on a clear basis within the framework of the UN resolution 2254," he said.

Both Moscow and Damascus have rejected talk of a ceasefire without a rebel withdrawal from the city -- a demand that opposition groups have refused.

US and Russian officials will gather in Geneva on Sunday for what Kerry described as a bid to stop the city from "being absolutely, completely, destroyed."

Kerry was not upbeat about the chances of success ahead of the meetings in Paris and Geneva, AFP reported.

Aleppo, once a thriving commercial city, has witnessed some of the most brutal violence in the country's nearly six-year war.

The diplomatic flurry came even as a US-backed alliance announced it would launch the second phase of its assault against the Islamic State in the de facto Syrian capital Raqa.

Nine civilians were killed on Saturday in a barrage of rebel rocket fire on government-controlled neighbourhoods, AFP said citing the Syrian Observatory For Human Rights.

The fresh attacks brought to 129 people, including 39 children, the number of people killed by rebel fire on regime-held west Aleppo since November 15.

Another 413 civilians, among them 45 children, have been killed in east Aleppo in the same period.