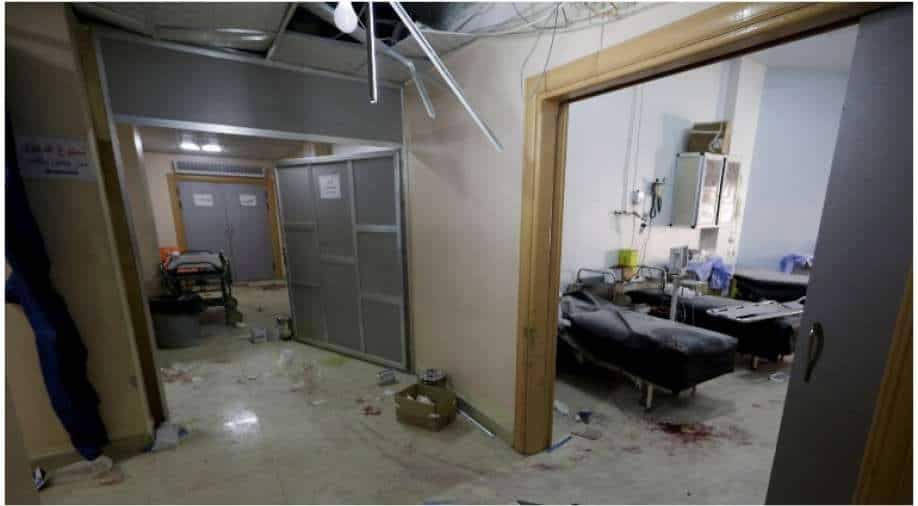 Destruction inside the hospital Photograph:( AFP )

The attack "hit the courtyard and main entrance of the hospital inside a cave," killing six civilians including a child and a hospital employee, the Syrian Observatory for Human Rights said. Eleven others were wounded, including healthcare staff

Atareb falls in Idlib province which is the last major rebel bastion. The region is home to 2.9 million people. As per United Nations, two-thirds of this population has been displaced due to the war.

The region on the border with Turkey is controlled by Hayat Tahrir al-Sham, which is led by members of Syria's former Al-Qaeda affiliate, but several rebel groups are also present.

The ceasefire brokered by rebel backer Turkey and regime ally Russia last March stemmed a months-long regime military offensive on the bastion that killed hundreds of civilians and displaced more than a million people.

It has since largely held despite repeated violations including Russian airstrikes on the region, according to the Observatory.