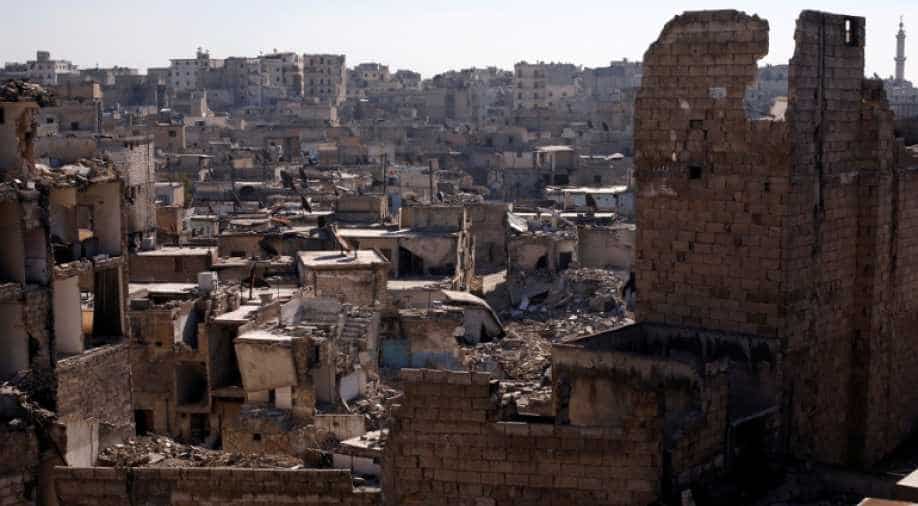 Syrian and Russian forces conducted daily air strikes on rebel-held eastern Aleppo between July and its fall on December 22, killing hundreds and destroying hospitals, they said in their latest report.

Orphanages, schools and homes were "all but obliterated", panel chairman Paulo Pinheiro told a news conference.

"The scale of what happened in Aleppo is unprecedented in the Syrian conflict. Much of Aleppo, once Syria's biggest city and its commercial and culture centre and a UNESCO World Heritage site, has been reduced to rubble," Pinheiro said.

He called for ensuring that "those responsible for this ruinous situation one day are brought to justice".

His team was ready to share its confidential list of suspected war criminals on all sides with a new UN body on Syria being set up in Geneva to prepare criminal prosecutions.

"It cannot pass without having this step toward justice, because of the great numbers of victims," panel member Carla del Ponte said. "We are still far off."

Cluster munitions were "pervasively used" and air-dropped into densely populated areas, the report said, amounting to the war crime of indiscriminate attacks.

But investigators could not say whether both Syrian and Russian forces used them in Aleppo or only one had because of similarities in the weapons and aircraft used.

They also did not attribute any specific war crime investigated to Russian forces but Pinheiro said they would assign responsibility "if and when we can prove it".

The UN Commission of Inquiry's report - released as Syrian peace talks continue in Geneva - covers the July-December period and is based on 291 interviews with victims and witnesses, as well as analysis of forensic evidence and satellite imagery.

Syrian helicopters unleashed toxic chlorine bombs "throughout 2016" on Aleppo, a banned weapon that caused hundreds of civilian casualties there, it said.

At least 5,000 pro-government forces had encircled eastern Aleppo in a "surrender or starve" tactic.

The investigators accused the Syrian government of a "meticulously planned and ruthlessly carried out" air strike on a UN and Syrian Red Crescent convoy at Orum al-Kubra, in rural western Aleppo on Sept 19 that killed 14 aid workers.

A previous UN inquiry had been unable to determine who conducted the strike.

"By using air-delivered munitions with the knowledge that humanitarian workers were operating in the location, Syrian forces committed the war crimes of deliberately attacking humanitarian relief personnel, denial of humanitarian aid, and attacking civilians," the report said.