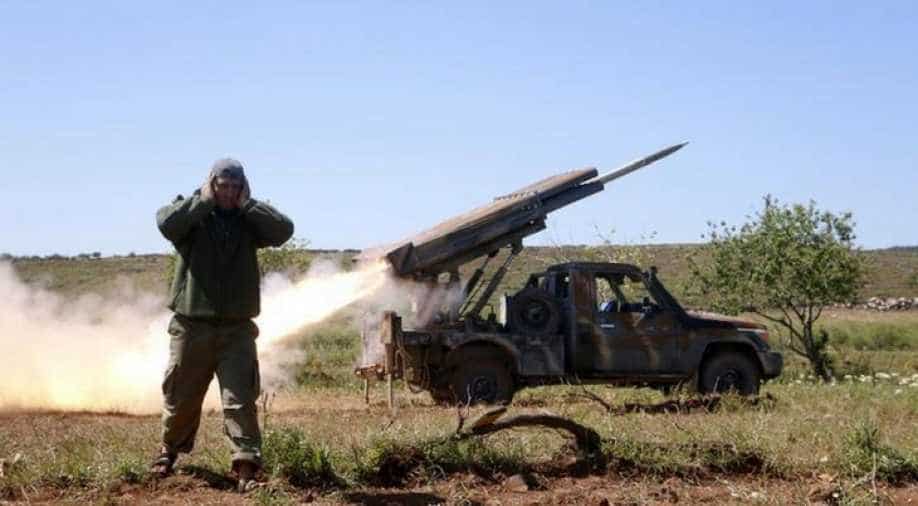 The drive into the region is aimed at securing a key road that links Syria's second city of Aleppo -- recaptured by the government just over a year ago -- to the capital Damascus, the Observatory said Photograph:( Reuters )

Syrian regime forces on Sunday seized a strategic town as they pushed towards a jihadist-held airbase in an offensive to reclaim ground in northwestern Idlib province, a monitor said.

Government forces backed up by Russian air power are conducting an operation to carve out a foothold in the southeast of the province, the last one that had remained completely beyond regime control.

Troops captured Sinjar, the "biggest town in southeast Idlib", from Syria's former Al-Qaeda affiliate and were within 14 kilometres (9 miles) of the Abu al-Duhur military base, the British-based Syrian Observatory for Human Rights said.

The base -- which government troops lost to the jihadists in 2015 after a two-year siege -- could provide President Bashar al-Assad's forces with a vital forward post in the Idlib province.

The drive into the region is aimed at securing a key road that links Syria's second city of Aleppo -- recaptured by the government just over a year ago -- to the capital Damascus, the Observatory said.

State news agency SANA reported Saturday evening that the regime forces had taken control of "some towns and villages in the southeast" of Idlib province.

Since the start of the operation in late December, Assad's forces have recaptured roughly 60 towns and villages on the border between Idlib and neighbouring Hama province, Observatory head Rami Abdel Rahman said.

In response to the situation on the ground the jihadists' "military council" under leader Mohammad al-Jolani convened an "urgent meeting", coalition Hayat Tahrir al-Sham said.

"The campaign by the criminal regime will not be easy," said the group, dominated by the one-time Al-Qaeda affiliate, previously known as Al-Nusra Front.

More than 340,000 people have been killed in Syria and millions displaced since the conflict began in March 2011 with anti-government protests.

Russia's intervention in support of Assad has shifted the balance firmly in the regime's favour.