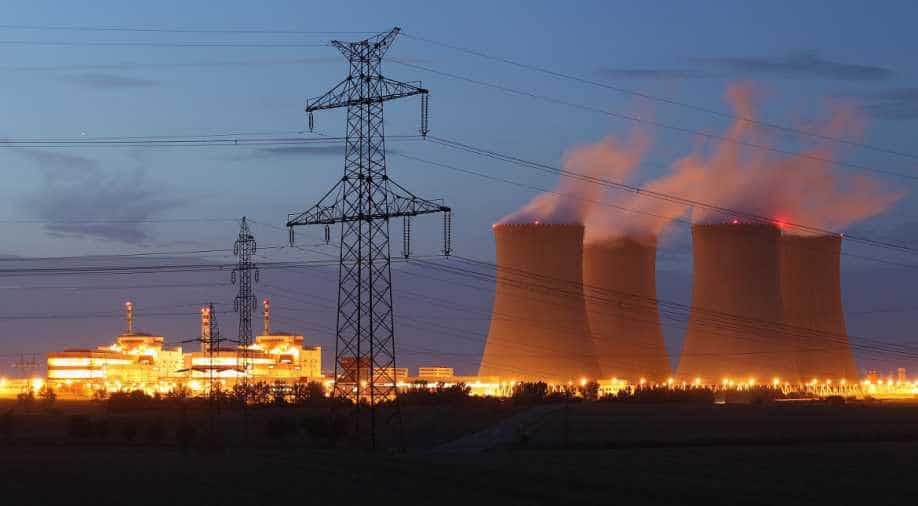 The government's plan, after Japan's Fukushima nuclear plant was destroyed in the March 2011, was to decommission five ageing reactors, which today produce around a third of the country's electricity. (Representative image) Photograph:( Getty )

Switzerland's ageing nuclear reactors will keep running for the foreseeable future, after voters Sunday rejected a call to speed up the phaseout of the plants.

A full 54.2 percent of voters and an overwhelming majority of Switzerland's 26 cantons voted against an initiative which would have forced three of the country's five nuclear reactors to close next year, according to final results.

Just a few months after Japan's Fukushima nuclear plant was destroyed in the March 2011 tsunami disaster, Switzerland decided to gradually close its nuclear plants, but did not set a clear timeline.

The government's plan is to decommission five ageing reactors, which today produce around a third of the country's electricity, as they reach the end of their safe operational lifespan. But since all of Switzerland's nuclear plants have open-ended operating licences, there is no clear cut-off date determining when they should be shut down.

Pointing out that Switzerland already counts one of the oldest nuclear parks in the world and warning that allowing the reactors to run indefinitely posed a safety risk, the Green Party wanted the reactors to operate for no longer than 45 years.

The party gathered more than the 100,000 signatures needed to put any issue to a popular vote in Switzerland as part of the country's famous direct democratic system.

If the "Nuclear Withdrawal Initiative" had passed, it would have entailed the final closure next year of Beznau, which has been operating in the northern Swiss canton of Aargau, near the German border, for 47 years.

The Muhlberg plant, which opened in Bern canton in 1972, would also have needed to close next year if the Greens had gotten their way, while Gosgen in Solothurn would have shut by 2024 and, finally, Leibstadt in Aargau by 2029.

The Swiss government supports gradually shutting down the plants, but it forcefully opposed the initiative. It insisted that much has been invested in keeping Switzerland's reactors safe, and cautioned that premature closures could "undermine the security of supply".

The Swiss parliament has also opposed the initiative, along with all the right-leaning parties, while the Greens have the backing of the left-leaning factions. In the end, 20 of Switzerland's 26 cantons rejected the initiative, with the strongest opposition seen in the central canton of Schwyz, where more than 68 percent voted "no".

Only a handful of mainly French-speaking cantons backed the initiative, with Basel-Town showing strongest support with more than 60 percent of voters there casting their ballot in favour, followed by Geneva, where nearly 59 percent voted "yes".

Voter participation across Switzerland stood at around 44 percent, which is within the normal range for recent votes. The populist rightwing Swiss People's Party (SVP) voiced hope that the vote indicated the people shared its opposition to the government's entire energy strategy, including the gradual phaseout of nuclear power.

SVP has launched an initiative to be voted on next year to overturn the government's 2050 energy strategy, which aims to increase the reliance on hydraulic power as well as renewables like solar and wind in order to help replace its nuclear plants.

"The logical consequence (of Sunday's vote) is  now to accept the referendum against this ill-conceived strategy," SVP parliamentarian Celine Amaudruz told the ATS news agency.

While voicing disappointment at Sunday's result, the left-leaning parties meanwhile insisted that with a full 45.77 percent of voters eager for a speedy exit from nuclear power, the government should have plenty of support for its overall strategy.

And Socialist Party parliamentarian Roger Nordmann stressed that the battle to close the oldest plants would continue. "We will in any case fight for the immediate closure of Beznau 1 and 2," he told the ATS news agency, insisting the two reactors "are too dangerous".