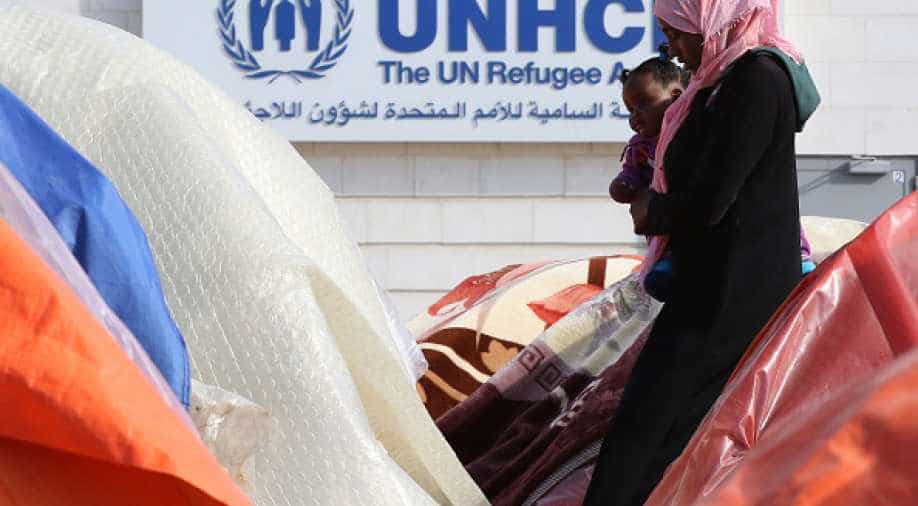 Around 2.5 million have been displaced in Darfur since violence broke out in 2003. In photo: A Sudanese refugee from Darfur walks past tents outside the United Nations High Commissioner for Refugees (UNHCR). Photograph:( Getty )

Two Nepalese and a Sudanese national working for UNHCR were abducted Sunday in Geneina, the capital of West Darfur state.

"Police are searching for the kidnappers."

UNHCR officials were not immediately available for comment, but its spokesman in Khartoum told AFP by text message that a meeting was underway to discuss the "urgent incident".

Darfur has been engulfed in a deadly conflict since 2003 when ethnic minority groups took up arms against President Omar al-Bashir's Arab-dominated government, which launched a brutal counter-insurgency.

At least 300,000 people have been killed and 2.5 million displaced in Darfur since then, the UN says.

Bashir is wanted by the International Criminal Court on war crimes and genocide charges related to Darfur, which he denies.

Sudan insists that the conflict in Darfur has ended, and that it wants UN peacekeepers who have been deployed in the region the size of France since 2007 to leave.