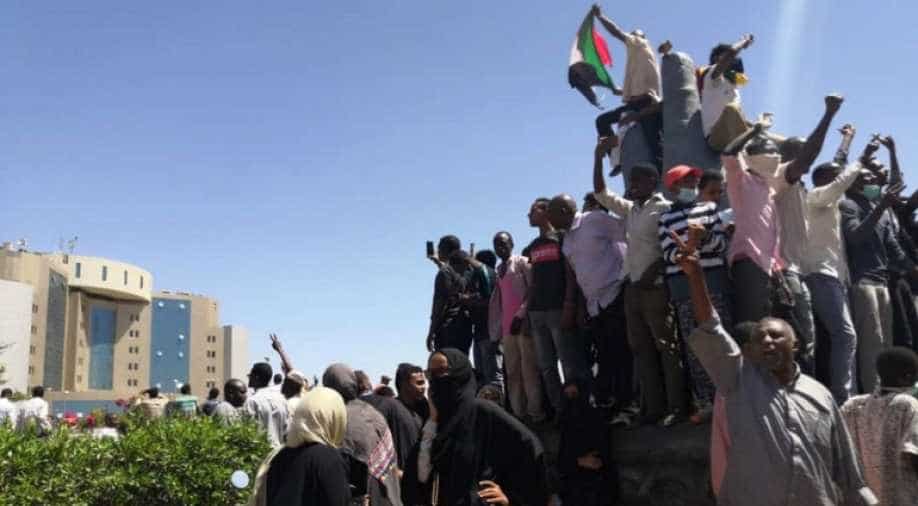 Chanting 'One Army, One People,' the protesters rallied in the capital's streets, following a call by organisers to march on the army headquarters.

Chanting "One Army, One People," the protesters rallied in the capital's streets, following a call by organisers to march on the army headquarters.

Protests have rocked the east African country since December, with angry crowds accusing Bashir's government of mismanaging the economy that has led to soaring food prices and regular shortages of fuel and foreign currency.

On February 22, the veteran leader imposed a nationwide state of emergency to quell the protests after an initial crackdown failed to rein in protesters.

Since the emergency rule came into effect, protests have been largely confined to the capital and its twin city of Omdurman, but organisers had called for widespread rallies and a march on the army headquarters on Saturday.

April 6 was chosen for the nationwide rallies as it was the day of a 1985 uprising that toppled the then regime of president Jaafar Nimeiri.

Before the demonstrations began, security forces deployed in large numbers in key Khartoum squares and in Omdurman, across the Nile.

"There's a heavy security deployment where the protesters were to gather for the march, but they still came out and are chanting anti-government slogans," a witness told AFP without revealing his name for security reasons.

Shops and markets in downtown Khartoum were ordered shut before the march by security agents, according to onlookers.

"Those walking in groups were immediately detained or asked to return to their homes by security forces," another onlooker said.

The protest movement was initially led by the Sudanese Professionals Association, but later several political parties including the main opposition National Umma Party threw their support behind it.

Analysts say the movement has emerged as the biggest challenge yet to Bashir's three-decade rule.

The veteran leader has remained defiant, however, and has introduced tough measures that have seen protesters, opposition leaders, activists and journalists arrested.

Officials say 31 people have died in protest-related violence so far, but Human Rights Watch has put the death toll at 51 including children and medics.