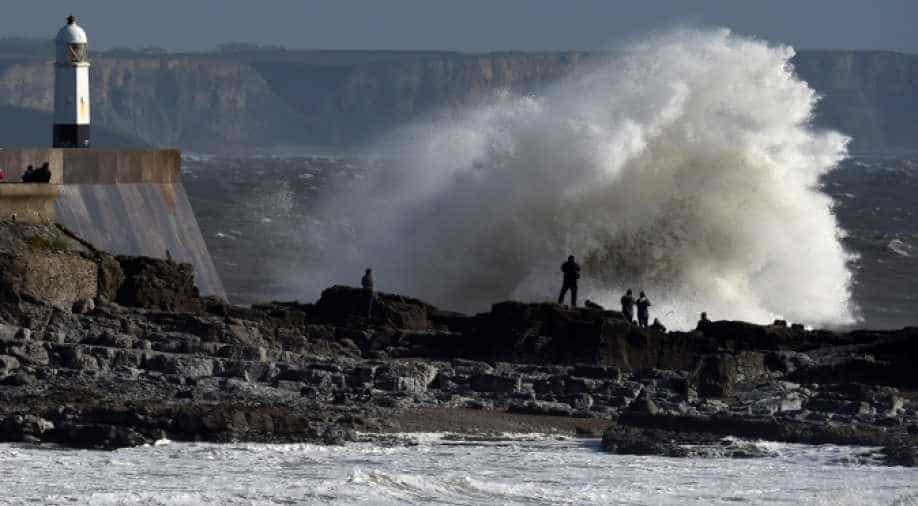 Storm Ophelia made landfall in Ireland today as high winds and heavy rains hit the country.

Three people were killed as storm Ophelia made landfall in Ireland.

One woman died when a tree apparently toppled onto her car, a man was killed in an accident while trying to clear a fallen tree with a chainsaw.

A second man was also killed by a tree falling onto his vehicle, AFP reported.

Around 170 flights from Ireland's two main airports at Dublin and Shannon were cancelled.

The armed forces were sent to bolster flood defences, public transport services and hospitals were closed and schools across Ireland and Northern Ireland will remain shut for a second day on Tuesday.

Earlier, storm Ophelia sparked wildfires in northern and central Portugal in which at least 31 people were killed.

The storm, downgraded from a hurricane overnight is the worst to hit Ireland in half a century.

It made landfall after 10:40 am (0940 GMT), the Irish National Meteorological Service said, with winds as strong as 176 kph (110 mph) hitting the most southerly tip of the country.