Standing by Saudi crown prince despite pleas from Senate: Trump 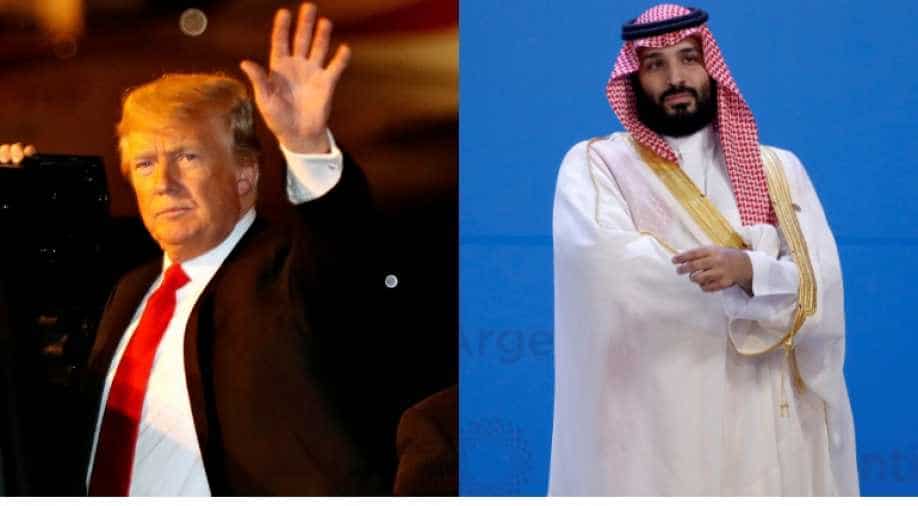 Trump refused to comment on whether Crown Prince Mohammed bin Salman was complicit in the murder, but he provided perhaps his most explicit show of support for the prince since Khashoggi's death more than two months ago.

US President Donald Trump said on Tuesday that he stood by Saudi Arabia's crown prince despite a CIA assessment that he ordered the killing of journalist Jamal Khashoggi and pleas from US senators for Trump to condemn the kingdom's de facto ruler.

Trump refused to comment on whether Crown Prince Mohammed bin Salman was complicit in the murder, but he provided perhaps his most explicit show of support for the prince since Khashoggi's death more than two months ago.

"He's the leader of Saudi Arabia. They've been a very good ally," Trump said in an interview in the Oval Office.

Some members of Saudi Arabia's ruling family are agitating to prevent MbS from becoming king, sources close to the royal court have told Reuters, and believe that the United States and Trump could play a determining role.

"I just haven't heard that," Trump said. "Honestly, I can't comment on it because I had not heard that at all. In fact, if anything, I've heard that he's very strongly in power."

While Trump has condemned the murder of Khashoggi, a US resident and Washington Post columnist who was often critical of MbS, he has given the benefit of the doubt to the prince with whom he has cultivated a deep relationship.

Trump again reiterated on Tuesday that the "crown prince vehemently denies" involvement in a killing that has sparked outrage around the world.

Trump has come under fierce criticism from fellow Republicans in the Senate over the issue, particularly after CIA Director Gina Haspel briefed them. Last month, the CIA assessed that MbS ordered the killing, which Trump called "very premature."

"You have to be willfully blind not to come to the conclusion that this was orchestrated and organised by people under the command of MbS," Republican Senator Lindsey Graham, a Trump ally, said last week.

Graham and other senators who have supported the US-Saudi alliance over the years have said that Trump should impose more sanctions after a first-round targeted 17 Saudis for their alleged role in the killing in the Saudi consulate in Istanbul on October 2.

As the Senate considers this week a joint resolution condemning the crown prince for the killing, something that the president would have to sign or veto if passed by Congress, Trump said he would meet with senators.

Trump said he hoped senators would not propose stopping arms sales to the Saudis, deals he has doggedly fought to save ever since the gruesome details of Khashoggi's murder were leaked by Turkey.

"And I really hope that people aren't going to suggest that we should not take hundreds of billions of dollars that they’re going to siphon off to Russia and to China," Trump said.

Trump said he could abide by legislation ending US support for the Saudi-led war effort in Yemen, a proxy war with regional rival Iran that has led to a deepening humanitarian disaster.

"Well, I'm much more open to Yemen because frankly, I hate to see what's going on in Yemen," Trump said. "But it takes two to tango. I'd want to see Iran pull out of Yemen too. Because - and I think they will."