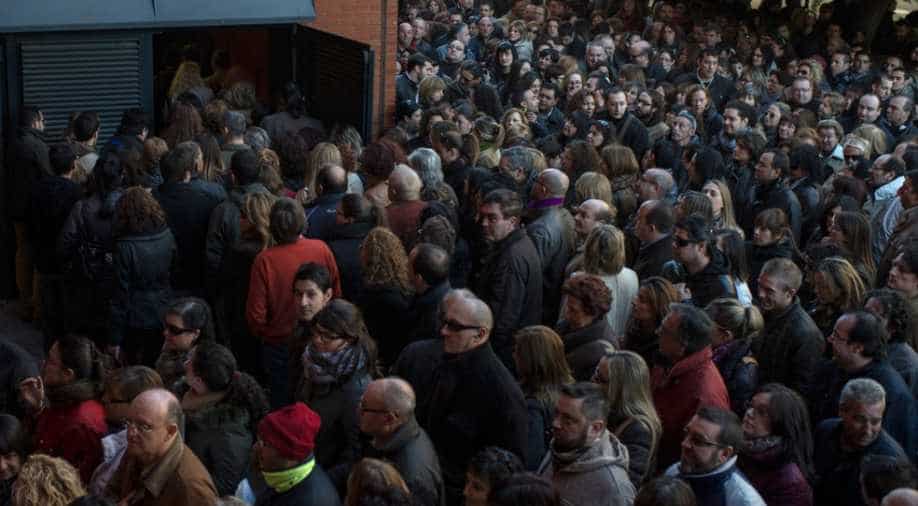 Spain, which goes to the polls on Sunday in a repeat general election, is the eurozone's fourth largest economy and one of the fastest-growing nations in Western Europe, although it suffers from high unemployment and debt.

Spain's gross domestic product (GDP) expanded by 3.2 per cent in 2015 and growth has remained steady this year despite a political stalemate that has left the country without a government since inconclusive December elections.

GDP expanded by 0.8 per cent between January and March from the previous three months, higher than the average in the eurozone.

Acting Prime Minister Mariano Rajoy's conservative government predicts the economy will expand by 2.7 per cent this year, then slow to 2.4 percent in 2017.

Spain in 2014 posted its first full-year of growth since a 2008 property crash sent the economy into a tailspin.

Consumer spending is up as is investment by firms while export growth, which help lift Spain out of recession, has lost some of its steam.

Spain has benefited from favourable tailwinds that have propelled growth such as low interest rates set by the European Central Bank, a favourable euro exchange rate that helps exports, and falling oil prices that have reduced production costs.

Spain is highly dependent on energy imports and the price of a barrel of oil has dropped to around 50 euros from the record highs of over 140 euros a barrel reached in 2008.

But the Bank of Spain warned earlier this month that these beneficial conditions will progressively fade, leading to a slower pace of economic expansion.

The outgoing conservative government reduced the amount of compensation which companies must pay workers that they fire and created a new open-ended contract with a one-year trial period.

They say the flexibility it introduced especially helped the auto sector. Spain is the second-largest automobile producer in Europe after Germany.

Critics charge that part of the fall in unemployment is due to the drop in the size of Spain's total workforce as emigration has risen due to the lack of jobs.

The bulk of the jobs that have been created are short-term and low-wage, they add.

The average annual income in Spain is 10,400 euros per person, according to national statistics institute INE.

Spain is facing possible sanctions from the European Commission for repeatedly violating its deficit targets.

The European Union has set a public deficit limit of 3.0 per cent of GDP. The outgoing government predicts it will take Spain until 2018 to bring the deficit below this limit.

The other Achilles heel of the Spanish economy is education and professional development.

According to the Organisation for Economic Co-operation and Development (OECD), over 27 per cent of Spaniards aged 15-29 are not employed or in school, compared with an average of 15 per cent in the 34 nations that make up the body.

Spain also struggles to retrain unemployed workers, especially low-skilled ones from the construction sector which was hit hard by the collapse of a property bubble in 2008.