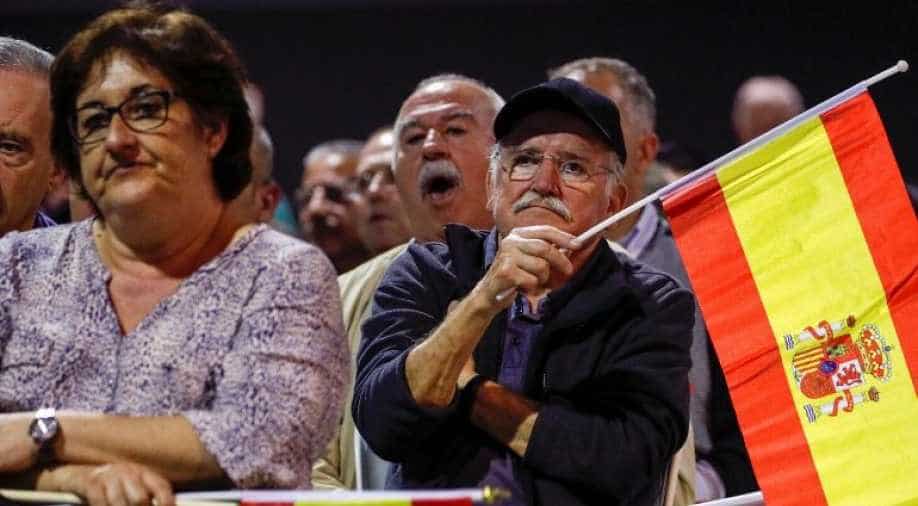 Spain's Socialists and the radical leftwing Podemos have agreed in principle to form a coalition government, the leaders of the two parties said on Tuesday.

A government formed by the two parties, who failed to reach a deal several months ago, triggering Sunday's repeat election, would need the support of other factions to pass an investiture vote. That would require a majority of at least 176 in the 350-seat parliament.

Should the agreement come to fruition, it would be Spain's first coalition government in its modern history.

Announcing the tentative deal at a joint press conference, outgoing Socialist Prime Minister Pedro Sanchez said the aim was to break months of political deadlock and establish "a stable government".

"Our desire is to achieve majority support in the chamber," he said.

They would approach other factions "to achieve a stable and sustained majority that would make possible not only an investiture vote but a legislature", he added.

Standing next to him, pony-tailed Podemos leader Pablo Iglesias said the two parties were looking to form "a progressive coalition government".

"As election night showed... what was a historic opportunity in April has become a historic necessity," Podemos leader Pablo Iglesias told journalists.

In the coming weeks, the two parties would thrash out all the details of both the structure and the programme of the government, he added.

Although Sanchez's Socialists won Sunday's vote, the fourth in as many years, he emerged from the elections weakened. The repeat vote boosted support for the rightwing People's Party and propelled the far-right Vox into third place.

Both the Socialists and Podemos lost seats compared to April's election.

Sanchez's party took 120, down from 123, while Podemos secured 35, down from 42, leaving the two factions 21 seats short for an investiture vote.