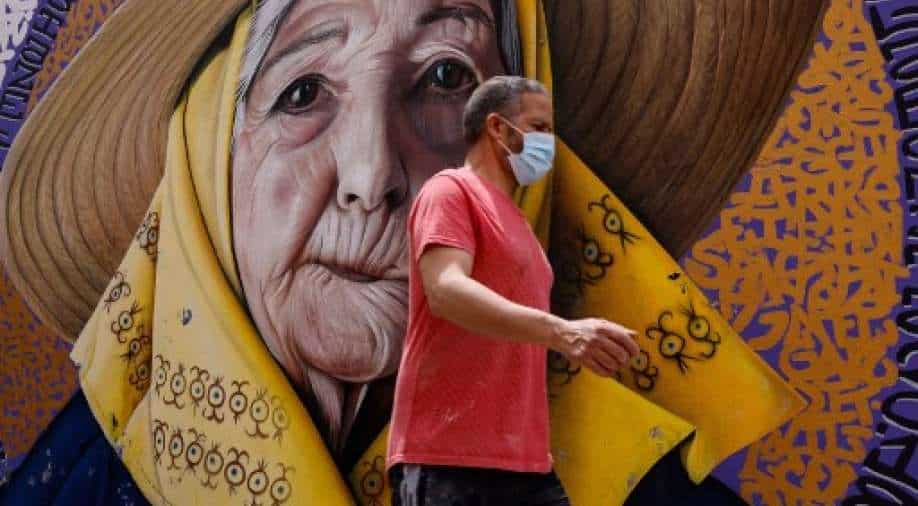 A man wearing a face mask walks past a wall art mural in the Spanish Island of Ibiza Photograph:( AFP )

Catalan authorities have asked people to stop social gatherings by 12:30 am with restrictions of no more than 10 people.

A court in Spain approved night curfew as Barcelona and other cities decided to reimpose restrictions amid a surge in coronavirus cases.

The curfew to be in place till July 23 will be imposed from 1:00 am and 6:00 am in areas which have witnessed a surge in virus cases as the Delta variant continues to spread in the country.

Spain has witnessed high infection rates for the past two weeks with hospitals ramping up their wards. The country has now surpassed 4 million coronavirus cases with infection rates rising among young people aged between 20 to 29-years.

Catalan authorities have asked people to stop social gatherings by 12:30 am with restrictions of no more than 10 people. Catalonia is currently one of the hardest-hit areas in Europe due to the virus with bed occupancy rising steadily.

Prime Minister Pedro Sanchez had declared that 70 per cent of the adult population would be vaccinated this month, however, many in their 20s and 30s have recently started getting jabs as fears rise over the spread of the Delta variant.

Spain had lifted curfew in May and had witnessed a decline in cases but has seen a rise in COVID-19 cases with 26,390 cases reported on Wednesday. On Tuesday, the country reported 43,960 new cases.

According to the country's health ministry, at least 60 per cent of the population have received at least one vaccine dose with 44 per cent having taken both doses.