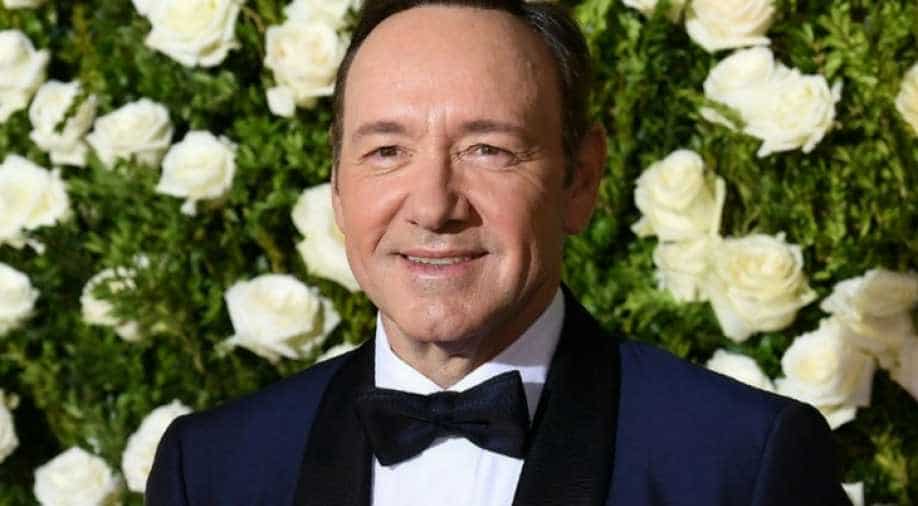 Kevin Spacey faced fresh allegations of sexual harassment in Britain on Thursday, with an ex-employee accusing his old theatre of turning a blind eye to the Hollywood star's misconduct.

Former workers at The Old Vic, where the US actor ruled the roost as its artistic director from 2003 to 2015, told The Guardian newspaper that the London theatre ignored allegations of groping and inappropriate sexual behaviour.

"We were all involved in keeping it quiet. I witnessed him groping men many times in all sorts of different situations," one said, on condition of anonymity.

The two-time Oscar winner was taking advantage of the fact that he is this great icon. "He touched men on the crotch. Doing it really fast so they couldn't get out of the way."

"The thing that really upsets me is the hypocrisy of places like The Old Vic that pretend now that they didn't know." Rebecca Gooden, an intern at the theatre in 2010, said there were regular stories about Spacey's behaviour.

She told The Guardian it was a 'running joke' that 'pretty' young men were not hired to work in theatre administration.

"I was informed that I was not allowed to talk about it outside the theatre. I am honestly sickened that the theatre has chosen to plead ignorance," she said.

Spacey became embroiled in Hollywood's widening sexual misconduct scandal when he apologised this week over accusations he made a sexual advance on a 14-year-old actor in the 1980s.

The Old Vic said it was 'not currently in a position to comment on specifics of what may have taken place in the past.'

The theatre said it had set up an email address where 'anyone who has concerns about the inappropriate behaviour of Kevin Spacey at The Old Vic' could come forward.

"Since we set up this confidential line of communication, we are already seeing the great benefits of the new policy of openness and the safe sharing of information," a spokeswoman told AFP. "We stand by, support and strongly encourage the industry-wide culture shift that is under way."

Spacey, 58, found himself in the spotlight when Anthony Rapp accused the star of making a 'sexual advance' when he was 14 and Spacey was 26.

Mexican actor Roberto Cavazos then accused Spacey of sexual harassment, saying he fended off two 'unpleasant' advances that 'bordered on harassment' while at The Old Vic, but that others were afraid to do so.

On Tuesday, British barman Daniel Beal accused Spacey of exposing himself in front of him and then giving him an expensive watch to keep quiet, according to The Sun newspaper.

Then on Wednesday, a US man who was not identified, told BBC television that when he was 17, he had been invited to stay at Spacey's New York home and the actor asked him to sleep in his bed.

He slept on the sofa but woke up with Spacey's arms around him.

Spacey said he could not remember the alleged encounter with Rapp but apologised, saying he was 'beyond horrified'.