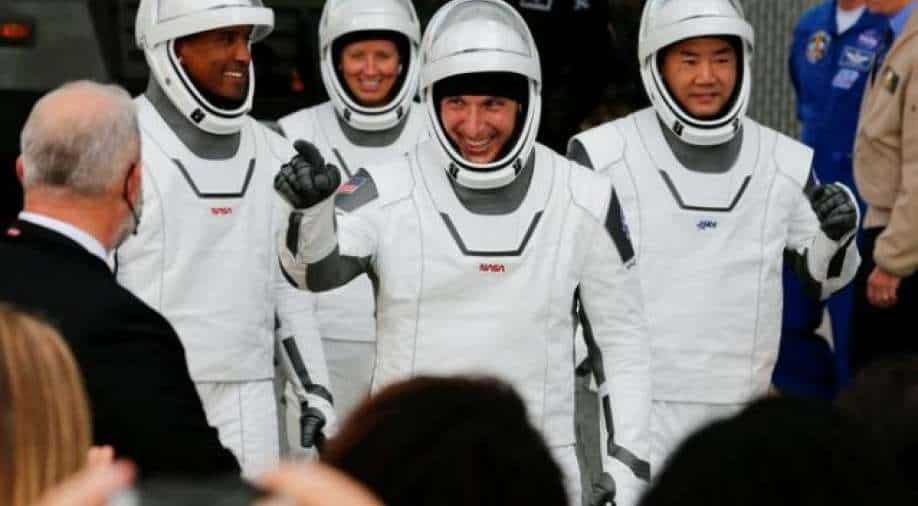 SpaceX has launched four astronauts on a flight to the International Space Station under NASA's first full-fledged mission sending a crew into orbit aboard a privately owned spacecraft.

The 27-hour ride to the space station, an orbiting laboratory some 250 miles (400 km) above Earth, was originally scheduled to begin on Saturday. But the launch was postponed for a day due to forecasts of gusty winds that would have made a return landing for the Falcon 9's reusable booster stage difficult.

US Vice-President Mike Pence attended the launch and said beforehand that under President Donald Trump, America had "renewed our commitment to lead in human space exploration."

President-elect Joe Biden tweeted his congratulations, saying the launch was "a testament to the power of science."

NASA is calling the flight its first "operational" mission for a rocket and crew-vehicle system that was 10 years in the making. It represents a new era of commercially developed spacecraft - owned and operated by a private entity rather than NASA - for sending Americans into orbit.

A trial flight of the SpaceX Crew Dragon in August, carrying just two astronauts to and from the space station, marked NASA's first human space mission to be launched from US soil in nine years.

Elon Musk, the billionaire SpaceX chief executive who is also CEO of electric carmaker and battery manufacturer Tesla Inc, will likely not have watched the liftoff from the Kennedy Space Center launch control room. Musk said on Saturday he "most likely" has a moderate case of COVID-19.