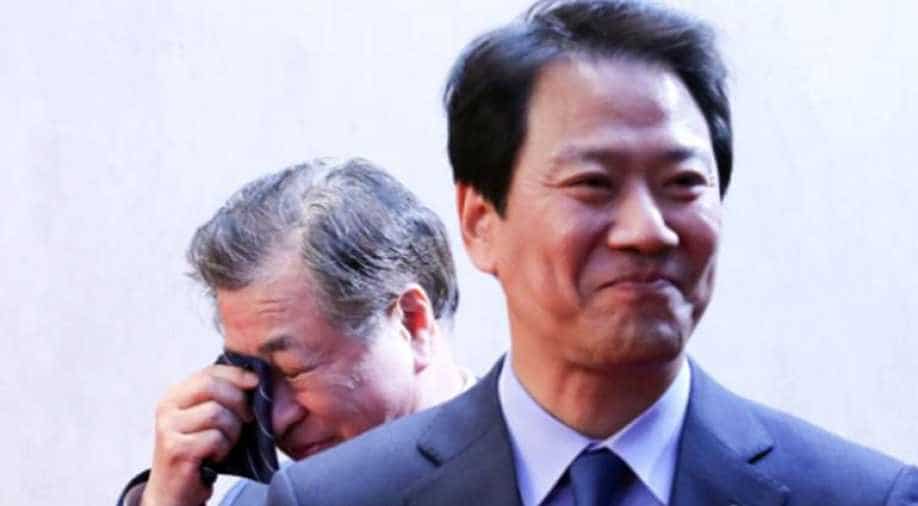 Shedding tears behind South Korean President Moon Jae-in and North Korea’s Kim Jong Un after the two leaders announced a historic agreement on Friday was a man who has worked for two decades to set up an unlikely dialogue between old enemies.

Friday was the first time any North Korean leader set foot on South Korean soil since the 1950-53 Korean War left the country divided and the two neighbours in a technical state of conflict.

The landmark encounter came less than a year after South Korea’s liberal president Moon took office and quickly tapped Suh as chief of the National Intelligence Service, saying he was “the right person” to revive inter-Korean ties strained over North Korea’s pursuit of nuclear-armed missiles.

“It is too premature to talk about a next inter-Korean summit,” Suh told reporters last year after his appointment was announced, returning him to the agency he quit in 2008 when a conservative government was elected. “But we need it.”

Suh, who personally helped arrange two previous inter-Korean summits in 2000 and 2007, is viewed as the country’s top expert on North Korea. He is known as the South Korean who met with late North Korean leader Kim Jong Il the most.

Lee Jong-Seok, a former unification minister who visited Pyongyang with Suh in 2003 as then-South Korean president Roh Moo-hyun’s special envoys, called Suh the “No. 1 negotiator with North Korea” in his 2014 memoir.

Suh, 64, also lived in North Korea for two years in the late 1990s, involved in a plan to build a nuclear reactor as part of a 1994 international deal to freeze Pyongyang’s nuclear programmes. That deal eventually collapsed.

“He came in knowing already how it works and what to do, and Moon gave him clear political guidance,” said John Delury, a North Korea expert at Yonsei University in Seoul.

The presidential Blue House declined to comment on Suh’s role. The intelligence service could not be reached for comment.

In March, he was part of the 10-member delegation that visited third-generation leader Kim Jong Un in Pyongyang, becoming one of the first South Korean officials to meet Kim since he took power in late 2011 following his father’s death.

At the meeting, Kim not only agreed to meet Moon but also stunned Suh and other envoys by saying he would be willing to discuss denuclearisation with U.S. President Donald Trump – setting the stage for an unprecedented first meeting between sitting leaders of the two countries, possibly in late May or early June.

Suh later also arranged a trip to Pyongyang for his U.S. counterpart, Mike Pompeo, to meet Kim Jong Un from March 31 to April 2, and lay the groundwork for the planned summit, U.S. officials said.

“I think the human network was deeply engaged in hosting these events,” said Moon Hong-Sik, a research fellow at the Institute for National Security Strategy in Seoul. Moon noted Suh had a relationship not only with Pompeo but also with Kim Yong Chol – a former North Korean military intelligence chief, now leading inter-Korean relations.

Suh was one of two officials Moon picked to join his first official dialogue with Kim Jong Un, who himself was joined by his younger sister Kim Yo Jong, and Kim Yong Chol.

“Just seeing Suh in there spoke volumes about the important role he played in setting up the summit,” said Seo Yu-suk, research manager at the Institute of North Korean Studies in Seoul.