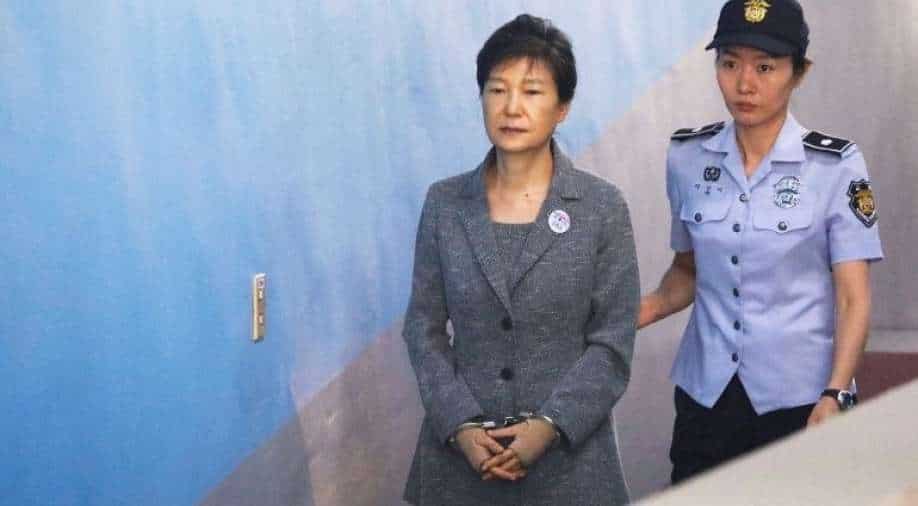 South Korea's former President Park Geun-hye was arrested and sent to prison in 2017, after being removed from office following a corruption scandal that prompted months of protests. Photograph:( Reuters )

Justice ministry says Park’s pardon is aimed at promoting national unity in the face of difficulties caused by the coronavirus pandemic.

The South Korean Justice Ministry announced on Friday that former President Park Geun-hye, who is serving a 22-year sentence for corruption and power abuse, has been added to the list of people who will be granted amnesty as part of the New Year amnesty.

The ministry said in a statement that "the government said on December 24 that on the eve of 2022, 3094 people, including the former president, will be granted pardon beginning December 31."

Park was hospitalised three times in 2021 due to persistent shoulder and lower back discomfort, according to the Yonhap news agency, and her health is the reason for her inclusion on the list of pardoned persons.

Park was forced to resign in 2017 as a result of a political controversy involving her friend Choi Soon-sil, who was accused of meddling in South Korean politics by influencing Park's decisions.

From 2013 to 2016, the ex-president was accused of taking bribes totaling 3.5 billion won ($2.9 million) from three former National Intelligence Service leaders and was sentenced to prison in 2018.

Park, 69, has been admitted to the hospital multiple times in recent years due to shoulder and back pain.

Park served as acting first lady after her mother was killed in 1974 by an assassin's bullet intended for her father. Five years later, in 1979, Park's father was murdered by his disgruntled security chief.