South Korea: Park ready to be probed in presidential scandal 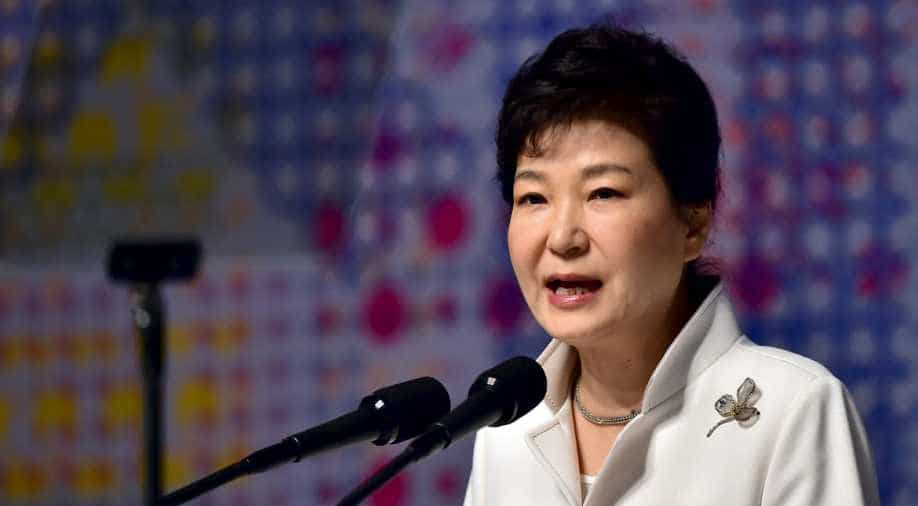 A tearful and apologetic South Korean President Park Geun-hye said on Friday her "heart was breaking" over a political scandal that has engulfed her administration, adding she will cooperate with prosecutors in their investigation.

Park has been rocked by a peddling scandal involving an old friend, sending her approval rating to an all-time low of just 5 per cent, a 12 percentage point drop from last week, the lowest since such polling began in 1988, according to a Gallup poll released on Friday.

In a brief televised address to journalists, Park said that prosecutors should clarify what happened and that everyone involved should be held accountable, including herself, and take responsibility if found guilty.

"It is hard to forgive myself and sleep at night with feelings of sorrow," Park, 64, said, her voice trembling.

A prosecution official declined to comment to Reuters when asked if Park would be subject to investigators' questioning, which would be a first for a sitting South Korean president.

The leader of the main opposition party said Park's apology was insincere.

"The president should remove her hands from state affairs," Choo Mi-ae, leader of the Democratic Party of Korea, said in a statement, stopping short of demanding Park's resignation.

Park has faced growing calls from the public and political opponents to step down. No South Korean president has ever failed to finish their five-year term.

A former Park aide, Jeong Ho-seong, was arrested late on Thursday on suspicion of leaking classified information, a prosecution official told Reuters, the second member of Park's former inner circle of advisers to be arrested this week.

South Korea's won currency and shares have been losing ground since last week as investors fretted about political uncertainty, and were down on Friday amid mostly flat Asian markets.

Park's long-time friend, Choi Soon-sil, 60, is alleged to have used her closeness to the president to meddle in state affairs, and her lawyer has said he expects prosecutors to look into whether she inappropriately received classified documents and benefited unlawfully from two non-profit organisations.

"It is very miserable and regrettable that a particular individual is said to have taken profits and committed several unlawful acts, while we are working on a job in hopes of helping the national economy and people's lives," Park said, referring to Choi.

Park closed her remarks with a bow and walked towards a row of journalists and repeated her apology. She did not take questions.

"I think she'll manage to regain a bit of sympathy from the people who used to like her, but the speech itself was not enough to fix the crisis at hand," said Kim Man-heum, head of the Korea Academy of Politics and Leadership, a research organisation.

Park acknowledged carelessness in her ties with Choi, who Park has said helped her through difficult times.

"It is true that I lowered the wall of caution myself because she stood by me in the most difficult period in my life," Park said.

"I've already cut all the connections in my heart but from now on will completely break my private connections."

Their friendship dates to an era when Park served as acting first lady after her mother was killed by an assassin's bullet intended for her father, then-President Park Chung-hee. Five years later, in 1979, Park's father was murdered by his disgruntled spy chief.

Choi, who has been in custody since Monday, told South Korea's Segye Ilbo newspaper last week that she received drafts of Park's speeches after Park's election victory but denied she had access to other official material, influenced state affairs or benefited financially.

Choi's late father, Choi Tae-min, headed a now-defunct religious sect and was also close to Park during and after her father's presidency.

A 2007 US diplomatic cable described the senior Choi as the "Korean Rasputin", an allusion to a close adviser to the last tsar of Russia and the perceived influence over Park Geun-hye.

Choi Soon-sil has been portrayed in Korean media as having inherited her father's influence over Park, while local media have also characterised Choi Tae-min's religious group as a cult and alleged that Park held a shamanistic ritual at the presidential compound.

"There is even talk that I fell into a cult or I held a shamanistic ritual at the Blue House," she said. "I am saying clearly: none of this is true."