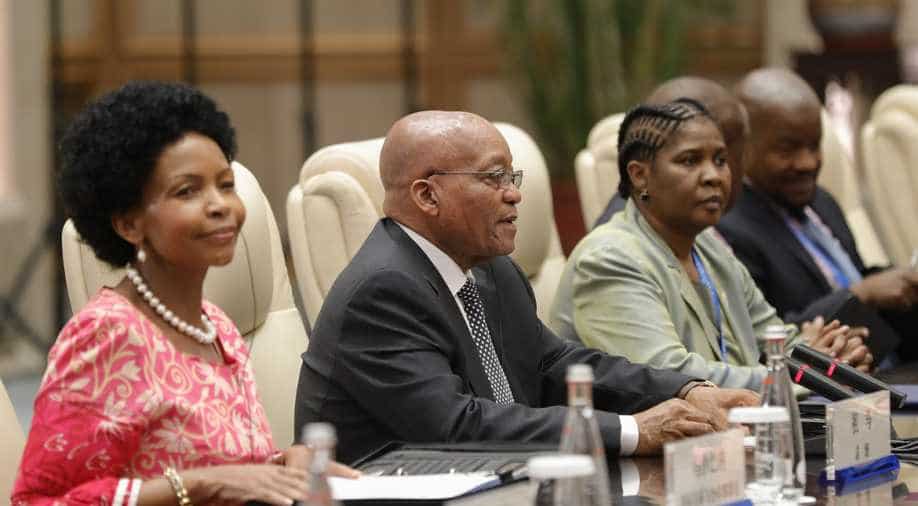 Local media said the meeting of the African National Congress's executive committee was tense, with tempers flaring and some ministers threatening to resign if Zuma stayed. Photograph:( Getty )

Zuma has been weakened by corruption scandals, but his supporters were taken by surprise at an attempt to oust him at a weekend meeting of the African National Congress's executive committee.

The rebellion, led by at least four ministers, was the most serious threat to Zuma's hold on power since he became president in 2009.

It also shook the ANC party, which has ruled since the end of apartheid in 1994 but recently suffered a sharp setback in local elections.

"Following robust, honest, candid and at times difficult discussions, the (ANC executive committee) did not support the call for the president to step down," Gwede Mantashe, the ANC secretary general, told reporters.

"All members of the (executive committee) had an opportunity to raise, in the meeting, the issues they feel are hurting the movement and the country. All these are very important."

Local media said the meeting -- which was extended into Monday -- was tense, with tempers flaring and some ministers threatening to resign if Zuma stayed.

But the president and his loyalists eventually headed off the attempt to oust him.