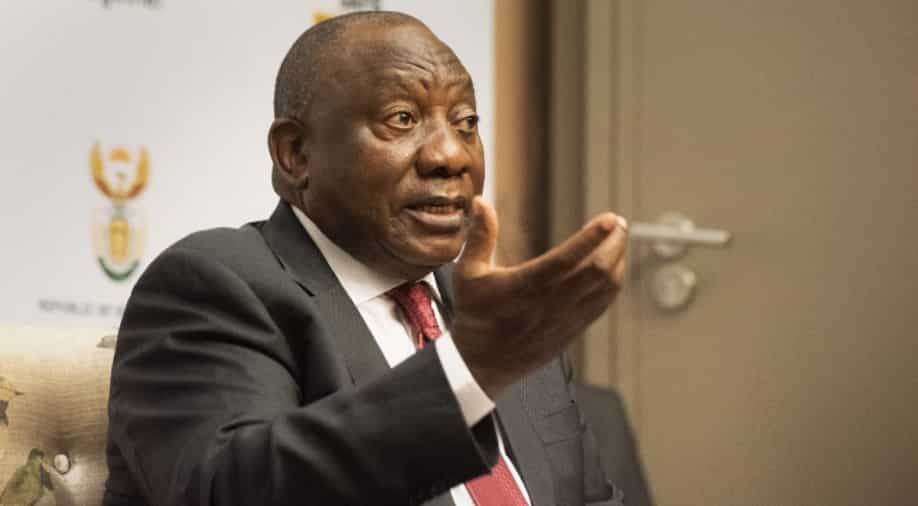 The workers (plantiff) had asked the court to find that Ramaphosa and Lonmin mine (now Sibanye-Stillwater), were liable for the actions of the police who brutally shot dead 34 workers in Marikana on August 16, 2012 during a violent strike

President Cyril Ramaphosa has welcomed the Johannesburg high court judgment where he was being sued by mineworkers who worked for Lonmin during the Marikana massacre in 2012.

They wanted an apology and compensation from Ramaphosa as they believed that he was complicit in the events leading up to that day.

"The tragic events of August 2012 in Marikana that led to the death of 44 people remained one of the most distressing moments of the post 1994 democratic era and a blight on SA’s contemporary history. The violence and killings should have never happened," statement from the presidency said.

"10 years later our hearts still go out to families who lost their loved ones. The violence and the killings that occurred should have never happened. We are still resolute and united in our condemnation of the brutal acts we witnessed," it said.

However, the Presidency mentioned that, “Disturbingly, is the ongoing politicisation of this tragedy leading to the unfair targeting and isolate [and] allocation of responsibility to the president."

The workers (plantiff) had asked the court to find that Ramaphosa and Lonmin mine (now Sibanye-Stillwater), were liable for the actions of the police who brutally shot dead 34 workers in Marikana on August 16, 2012 during a violent strike.

The presidency said the court held that the plaintiffs' particulars of claim were legally flawed and four aspects of the judgment needed to be emphasised.

“First, the high court agreed with the president’s arguments and held that the plaintiffs had not established that the president bore any legal duty in relation to the Marikana tragedy.”

The court made no finding that Ramaphosa was the cause of harmful conduct. The proceedings were not a trial and no evidence was led. The court was merely engaged in a legal debate regarding whether the plaintiffs’ allegations complied with the law, it said.

Second, the court rejected the plaintiff’s argument that certain email communications from President Ramaphosa sought to call for the murder of the striking workers. The judgement stated that the plaintiffs’ argument against the President “is not only far-fetched but also irreconcilable within the context of the email communication contents as a whole," the statement said.

Third, the high court agreed with Ramaphosa that there was no factual basis pleaded for the allegation that collusion between him, government and the senior police officers would have led to deaths of workers.

"In the judgment the court said, the allegations pleaded do not show that the first defendant owed the plaintiffs legal duties, and he therefore cannot in law incur liability to the plaintiffs in delict in his capacity as director of Lonmin, or ‘in pursuit of his personal interests and those of Lonmin’.”