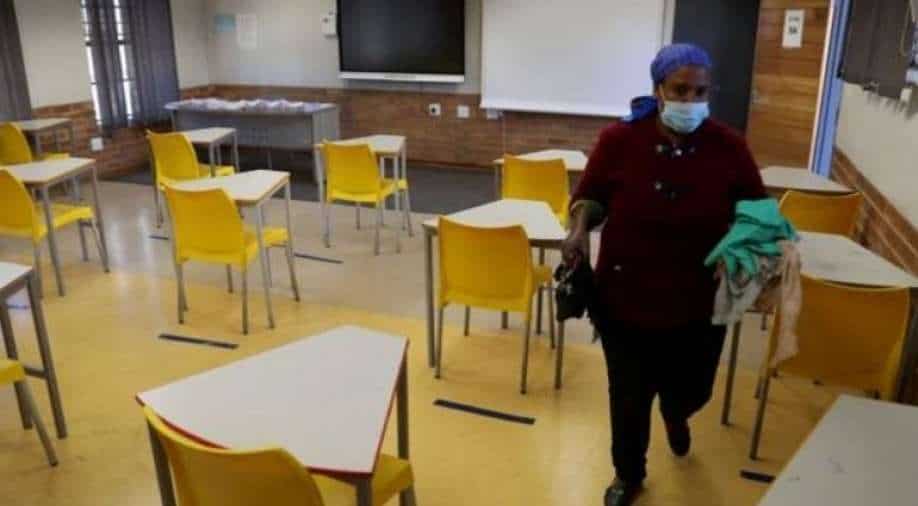 According to UNICEF monitoring, as of 12 January 2021, approximately 825 million learners are currently affected due to school closures due to the pandemic

The reopening of South African schools for the new academic year has been postponed by two weeks in the wake of rising new covid-19 variant cases.

“All stakeholders were united in supporting a delay in the opening of schools. Given the pressure experienced by the health system in the past weeks due to covid-19, the council of education, ministers in conjunction with NCCC and cabinet has taken a decision to delay the reopening of both public and private schools by two weeks, Deputy Minister of Basic Education, Reginah Mhaule said.

The schools will now be opening on February 15.

The decision to postpone the reopening of schools has caused divisions in the country. While some support the government’s decision, others are visibly upset.

Democratic Alliance (DA), the main opposition party of South Africa said that they do not support the decision made by the government.

“We strongly believe that the health and safety of learners and teachers should be prioritised, however, we do not believe delaying the start of the academic year will achieve this. We are concerned about the impact that this delay could have on the psychological and academic development of learners,” the party said.

According to UNICEF monitoring, as of 12 January 2021, approximately 825 million learners are currently affected due to school closures due to the pandemic.

Even though experts and scientists are yet to determine if the new variant of SARS-CoV-2 is more transmissible to children, most countries, including South Africa witnessed more younger people getting infected with the new variant.

Earlier strains of coronavirus found it harder to infect children than adults.

An expert, WION, spoke to said postponing of schools is primarily a measure taken by the government to decrease the transmission amongst learners and teachers.

As on Thursday, the cumulative covid-19 new cases in South Africa stood at 1.38 million and death tolls rose to 39, 501.