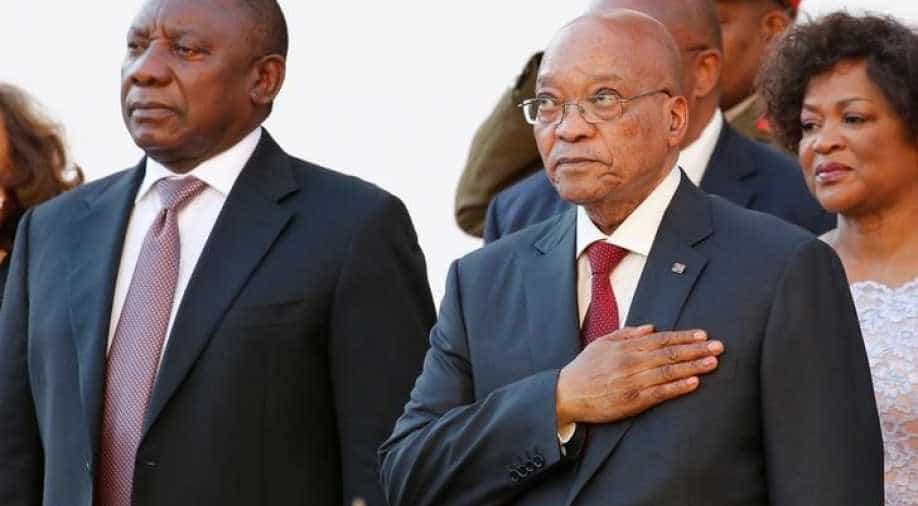 The King of the Zulu nation passed away last week on Friday due to COVID-19 complications, at the age of 72

President Cyril Ramaphosa delivered the eulogy at the memorial service of King Goodwill Zwelithini KaBhekuzulu in Kwanongoma, KwaZulu-Natal on Thursday.

“The passing of Isilo Samabandla Onke has been met with grief and sorrow throughout our land. On behalf of the people of South Africa, I express my deepest condolences to the Royal family and to the Zulu nation on this profound loss,” Ramaphosa said while delivering the  Eulogy.

Imbube will be remembered for being the staunchest defender of his people. He not only defended the interests of Zulu people but he also advanced their culture, their customs, their traditions and a deep sense of identity and nationhood, Ramaphosa said.

“As a leader, he preached peace and unity. He abhorred violence and its consequences,” he said.

Ramaphosa described his Majesty as a champion of development and progress. He was a bridge-builder between cultures and communities and appreciated the importance of unity and social cohesion, he added.

The King of the Zulu nation passed away last week on Friday due to COVID-19 complications, at the age of 72.

King Zwelithini was laid to rest at the KwaDlamahlahla palace in Nongoma in northern KwaZulu-Natal.

The monarch’s body was taken to its final resting place in KwaNongoma, northern KwaZulu-Natal, on Wednesday, and he was “planted” at midnight at a private ceremony, attended only by men, as per his wishes.