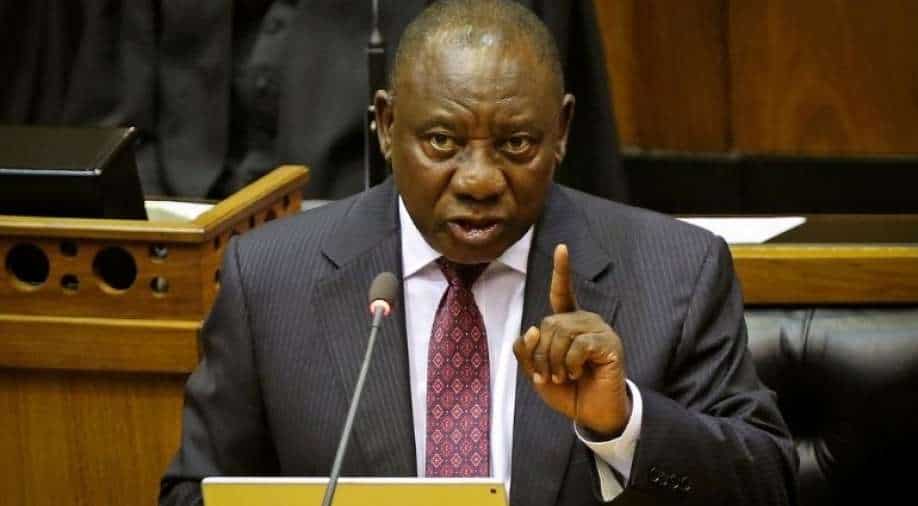 Without naming any individuals, President Ramaphosa sent a strong-worded statement to persons undermining the constitution and accusing the judiciary

Without naming any individuals, President Ramaphosa sent a strong-worded statement to persons undermining the constitution and accusing the judiciary.

In his weekly letter to the public on Monday, President raised concerns around individuals who show disdain for the country’s constitution and its judiciary.

“Of particular concern are recent utterances directed at the judiciary, in which some judges are accused, without any evidence, of pursuing interests other than the cause of justice. Judges have been accused of political agendas and some face even been accused of accepting bribes,” Ramaphosa said.

This comes after former President Jacob Zuma refused to cooperate with the state capture inquiry and the Constitutional court's order.  Last week, Zuma explained why he is sticking to his decision.

Zuma accused members of the judiciary of neglecting their duties and instead of entering the political arena, without offering evidence.

“I protest against those in the judiciary that have become an extension of political forces that seek to destroy and control our country. I seek no special treatment from the judiciary. I ask them to remain true only to their oath of office and their duty to treat everyone as equal before the law,” Zuma said.

He said the judiciary had stripped him off his constitutional rights and added that his protest was against some members of the judiciary who had sold their souls and departed from their oath of office.

He also accused the judiciary of hiding, what he claims appears to be the bribes paid by the incumbent President to win the ANC Presidency.

He said some judges have sealed those records to hide the truth.

The Zondo Commission of Inquiry into State Capture has called in the Constitutional Court to sentence the former president to two years in prison for contempt of its ruling that he appear before the inquiry and answer questions.

All this comes at a time when the African National Congress (ANC) is already struggling to unify the party.

WION spoke to Dumisani Tembe, political analyst, who said that the current scenario in the ANC will definitely have an adverse effect on the party come to the local government elections around August-November.

“There are several issues that will adversely affect the ANC in the forthcoming local government elections. One is the challenge of poor service delivery at a government level. Second, of course is this ongoing internal party political squabbles and the third one is the endless accusations and allegations of corruption within the ruling party,” Tembe said.

ANC has been the ruling party of South Africa since post apartheid 1994. They have not lost a single election thus far but over the years the party has divided and has been marred with corruption allegations.