Singapore opposition politician held ahead of case against prime minister 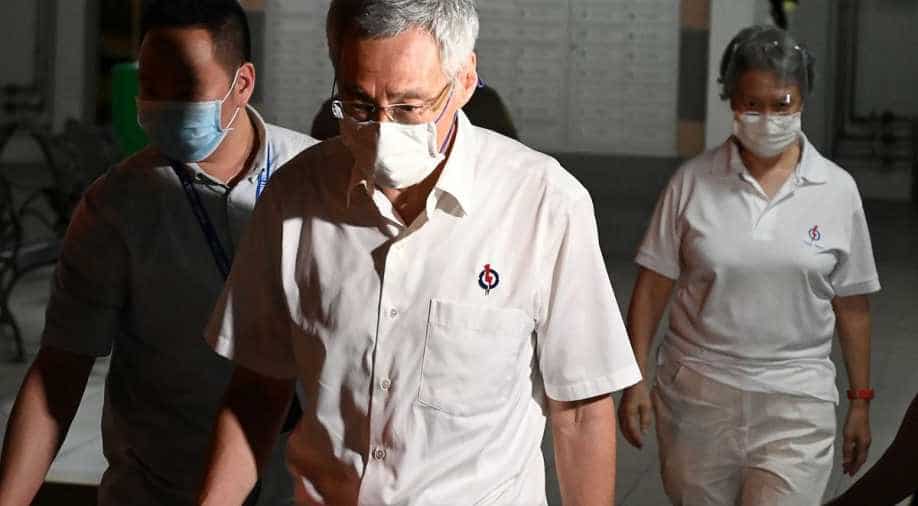 Lim Tean was handcuffed and escorted from his office as he prepared his client's case against Prime Minister Lee Hsien Loong, and his own lawyer slammed the arrest as "politically motivated".

A Singaporean opposition politician and lawyer was arrested Friday on suspicion of misappropriating money and harassment, days before a client of his faces a libel case against the city-state's leader.

Lim Tean was handcuffed and escorted from his office as he prepared his client's case against Prime Minister Lee Hsien Loong, and his own lawyer slammed the arrest as "politically motivated".

But police swiftly rejected the allegations as "baseless".

Lim, who heads a political party called Peoples Voice, is accused of misappropriating money awarded by a court to a client, and of harassing a female former employee of his law firm.

Police said they had asked Lim, who stood unsuccessfully as a candidate at general elections in July, to attend an interview last month to assist in investigations but he refused to show up.

"Police had no choice but to arrest Mr Lim Tean in order to conduct the investigations," they said.

Lim is the lawyer for a blogger who has been sued for defamation by Prime Minister Lee. The case has been scheduled for next week, and Lee is expected to take the witness stand.

But they have said the suits are necessary to defend their integrity.

Peoples Voice is one of several small opposition groups who are seen as no match for the ruling People's Action Party (PAP).

The PAP has governed Singapore uninterrupted for over six decades. While the party has been praised for its successful economic management, critics frequently accuse them of restricting civil liberties.