Shows a lack of wisdom: Gorbachev slams Trump for pulling out of nuclear treaty 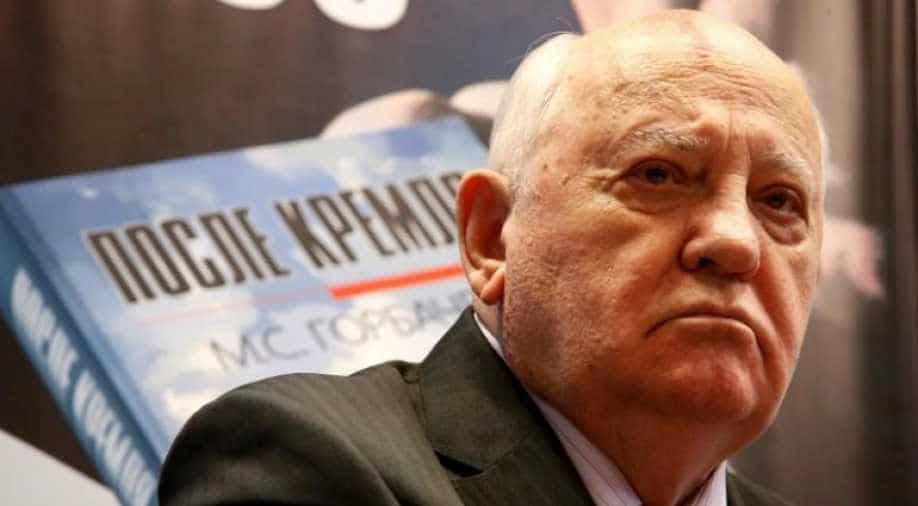 The treaty was signed by Gorbachev and Ronald Reagan in 1987.

Former Soviet leader Mikhail Gorbachev on Sunday slammed as unwise a decision by US President Donald Trump to quit a nuclear arms treaty he signed with the late Ronald Reagan in 1987.

"Is it really so hard to understand that dropping these agreements... shows a lack of wisdom?" 87-year-old Gorbachev said in an interview with Interfax news agency.

"Getting rid of the treaty is a mistake," he said, stressing that officials "absolutely must not tear up old agreements on disarmament."

"All the agreements aimed at nuclear disarmament and limitation of nuclear arms must be preserved to save life on Earth," he said.

Trump confirmed Saturday that the United States plans to leave the three-decade-old Intermediate-Range Nuclear Forces Treaty, known as the INF.

Gorbachev warned that Trump's move would "undermine all the efforts put in by the Soviet leadership and by the US itself to reach nuclear disarmament."