Sheriff says only one deputy at fault in Florida school shooting 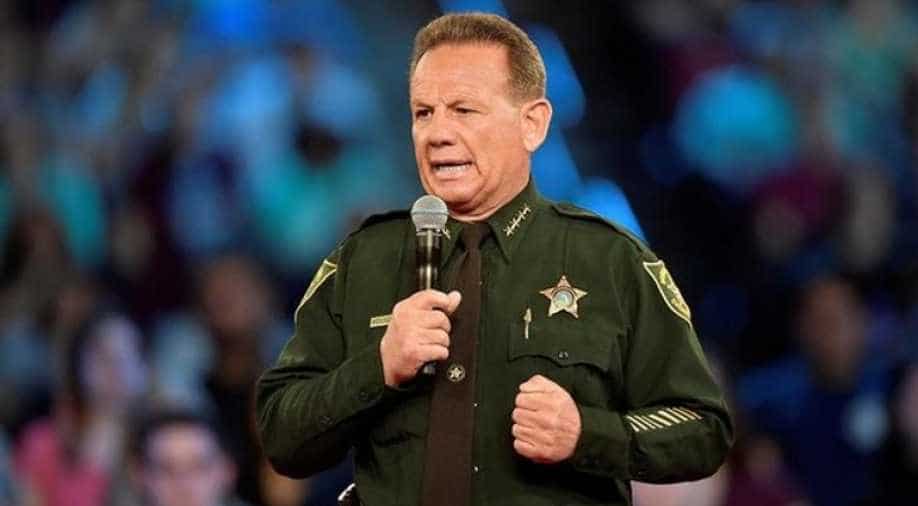 Only one sheriff's deputy failed to stop the gunman who killed 17 people at a Florida high school, the Broward County sheriff said on Sunday, dismissing reports that other deputies did not enter the school during the attack as unverified.

Broward County Sheriff Scott Israel also said his department acted properly in at least 16 of the 18 calls it received before the massacre, warning that Nikolas Cruz, the 19-year-old suspect, was dangerous.

Israel rejected a call for his resignation from a state legislator and defended his department on a program "State of the Union" on Sunday from criticism that deputies missed warning signs about Cruz, a former student at Marjory Stoneman Douglas High School in Parkland, Florida.

The shooting reignited an intense debate about gun safety laws, with Stoneman students emerging as national voices calling for gun control. They have challenged the National Rifle Association, a politically powerful defender of the US constitutional right to bear arms.

Israel has acknowledged that an armed deputy assigned to the school, Scot Pederson, remained outside during the seven minutes that Cruz was inside the school.

Pederson resigned after he was suspended with the intent to fire him, Israel said.

News organisations have reported that at least three other Broward deputies also failed to enter the campus during the shooting, citing unnamed sources from the Coral Springs Police Department, which also responded.

"Our investigation to this point shows that during this horrific attack, while this killer was inside the school, there was only one law enforcement person, period, and that was former deputy Scot Pederson," Israel said.

Israel did not rule out that the investigation could find other deputies who were guilty of dereliction of duty.

The sheriff's office is also investigating whether it missed danger signs about Cruz from two phone calls warning he might be dangerous, Israel said. Proper steps were taken after 16 other calls about Cruz.

The Federal Bureau of Investigation also said it failed to follow proper protocols after it received a tip that Cruz possessed a gun, had indicated the desire to kill and could potentially commit a school shooting.

FBI officials have told families of victims they "deeply regret" their mishandling of the matter.