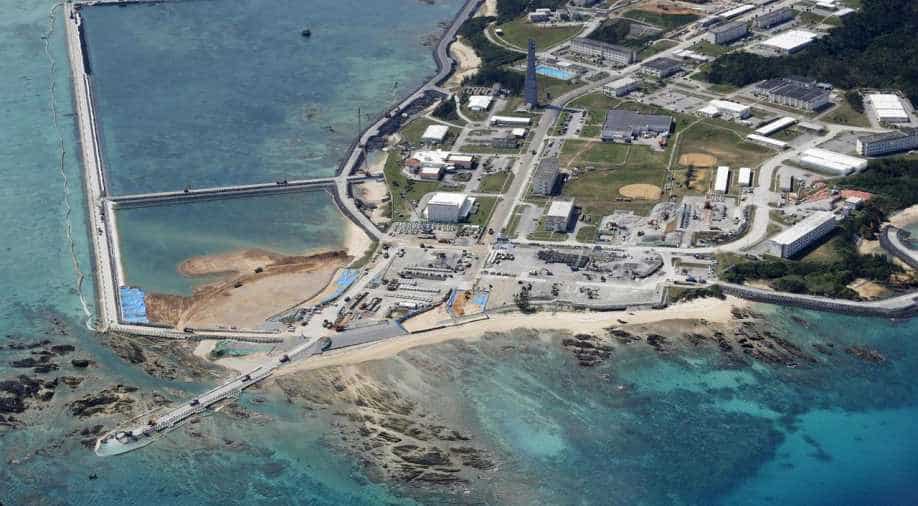 US Marines in Okinawa Photograph:( Reuters )

Okinawa’s governor on Saturday demanded an adequate explanation from the US military for this massive outbreak.

Several US Marines at two bases on the southern Japanese island of Okinawa have been infected with the coronavirus. The outbreaks occurred at Marine Corps Air Station Futenma, which is at the center of a relocation dispute, and Camp Hansen.

To this end, Okinawa’s governor on Saturday demanded an adequate explanation from the US military for this massive outbreak.

The governor even said he could say only that a “few dozen” cases had been found recently because the US military asked that the exact figure not be released.

Local media said about 60 people had been infected.

The Marines said in a statement Friday that the troops were taking additional protective measures to limit the spread of the coronavirus and were restricting off-base activities. The statement said measures are “to protect our forces, our families, and the local community,” without providing details on the infections.

Japan has so far reported about 21,000 cases and 1,000 deaths, with Tokyo reporting more than 200 new cases for a third straight day Saturday.

Okinawa is home to more than half of about 50,000 American troops based in Japan under a bilateral security pact. It has about 150 cases of the coronavirus.