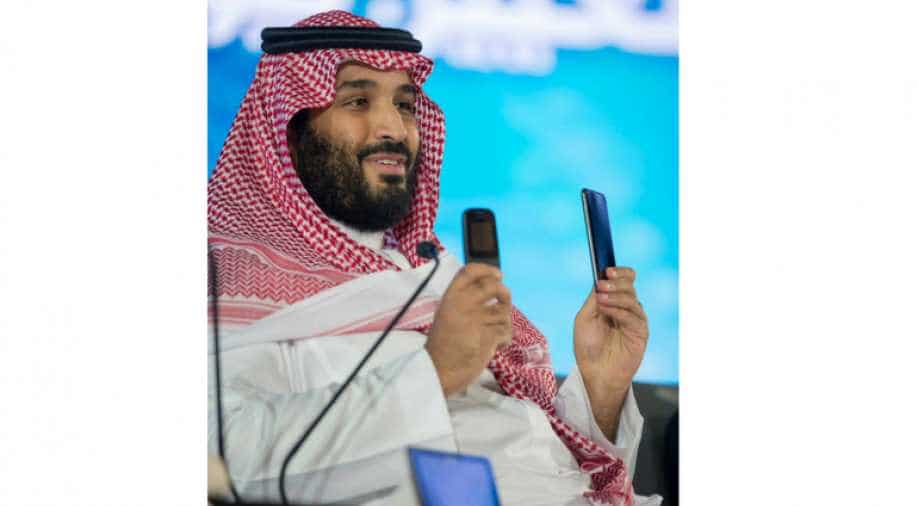 Saudi sports diplomacy is proving to be a mirror image of the kingdom’s challenged domestic, regional and foreign policies.

Al-Sheikh, a 37-year old brash and often blunt former honorary president of Saudi soccer club Al Taawoun based in Buraidah, a stronghold of religious ultra-conservatism, and a former bodyguard of crown prince Mohammed bin Salman, is together with Saud al-Qahtani among the king-in-waiting’s closest associates.

Prince al-Waleed bin Talal, one of the kingdom’s wealthiest investors, acknowledged Al-Sheikh’s ranking in the Saudi hierarchy when he made a donation of more than a half-million dollars to Saudi soccer club Al Hilal FC weeks after having been released from detention.

Prince al-Waleed was one of the more recalcitrant detainees among the scores of members of the ruling family, prominent businessmen and senior officials who were detained a year ago in Riyadh’s Ritz Carlton Hotel as part of Prince Mohammed’s power and asset grab.

Prince Al-Waleed said on Twitter at the time that he was “responding to the invitation of my brother Turki al-Sheikh.”

Al-Qahtani, who was recently fired as Prince Mohammed’s menacing information czar in connection with the killing of journalist Jamal Khashoggi in the Saudi consulate in Istanbul, was banned this week from travelling outside the kingdom. Al-Sheikh has not been linked to the Khashoggi murder.

Nevertheless, his sports diplomacy, exhibiting some of the brashness that has characterised Prince Mohammed as well as Al-Qahtani’s approach, has largely failed to achieve its goals. If anything, it appears to have contributed to the kingdom’s growing list of setbacks.

Those goals included establishing Saudi Arabia as a powerhouse in regional and global soccer governance; countering Qatari sports diplomacy crowned by its hosting of the 2022 World Cup; projecting the kingdom in a more favourable light by hosting international sporting events; becoming a powerhouse in soccer-crazy Egypt, the Arab world’s most populous nation; and using the competition for the 2026 World Cup hosting rights to bully Morocco into supporting the Saudi-United Arab Emirates-led boycott of Qatar.

To be sure, with the exception of a cancelled tennis exhibition match in Jeddah between stars Rafa Nadal and Novak Djokovic, most scheduled sporting events, including this season’s opening Formula E race in December and the Italian Supercoppa between Juventus and AC Milan in January, are going ahead as planned despite a six-week-old crisis sparked by the killing of Khashoggi.

Yet, if last month’s friendly soccer match in Jeddah between Brazil and Argentina and this month’s World Wrestling Entertainment’s (WWE) Crown Jewel showpiece are anything to go by, major sporting events are doing little to polish the kingdom’s image tarnished not only by the Khashoggi killing but also the war in Yemen that has sparked the world’s worst humanitarian crisis since World War Two.

The sports events have so far failed to push Khashoggi and Yemen out of the headlines of major independent media.

One focus been the fact that Gianni Infantino, president of world soccer body FIFA, has run into opposition from the group’s European affiliate, UEFA, to his plan to endorse a US$25 billion plan for a new club tournament funded by the Saudi and UAE-backed Japanese conglomerate SoftBank.

If adopted, the plan would enhance Saudi and Emirati influence in global soccer governance to the potential detriment of Qatar, the host of the 2022 World Cup. Saudi Arabia and the UAE spearhead a 17-month old economic and diplomatic boycott of Qatar designed to force it to surrender its right to chart an independent course rather than align its policies with those of its Gulf brothers.

Saudi Arabia and the UAE have sought to engineer a situation in which Qatar is either deprived of its hosting rights or forced to share them with other states in the region, a possibility Infantino has said he was exploring.

Infantino has also said he was looking into implementing an expansion of the World Cup from 32 to 48 teams already in 2022 rather than only in 2026. An expansion of the Qatari World Cup would probably involve including others in the Gulf as hosts of the tournament. Qatari officials have all but ruled out sharing their hosting rights.

Al-Qahtani reportedly played a key role in the sudden emergence of BeoutQ, a bootleg operation beamed from Riyadh-based Arabsat that ripped live events from BeIN’s feed and broadcast the games without paying for rights. The Saudi government has denied any relationship to the pirate network.

The piracy has sparked international lawsuits, including international arbitration in which BeIN is seeking US1 billion in damages from Saudi Arabia. The company has also filed a case with the World Trade Organisation.

FIFA has said it has taken steps to prepare for legal action in Saudi Arabia and is working alongside other sports rights owners that have been affected to protect their interests.

Al-Sheikh’s effort to create with funds widely believed to have been provided by Prince Mohammed an international Saudi sports portfolio that would project the kingdom as a regional power broker collapsed with fans, players and club executives in Egypt furious at the Saudi officials buying influence and using it to benefit Saudi rather than Egyptian clubs.

“No one, no one at all — with all due respect to Turki or no Turki … will be allowed to interfere in the club’s affairs,” said Mahmoud el-Khatib, chairman of Egyptian club Al Ahli SC, one of the Middle East’s most popular clubs with an estimated 50 million fans. Al-Sheikh had unsuccessfully tried to use his recently acquired honorary chairmanship of Al Ahli to take control of the club.

Al Ahli’s rejection of his power grab persuaded Al-Sheikh to resign in May and instead bankroll Al Ahli rival Pyramid FC. He invested US$33 million to acquire three top Brazilian players and launch a sports channel dedicated to the team.

The club’s fans, like their Al Ahli counterparts, nonetheless, denounced Al-Sheikh and the kingdom and insulted the Saudi official’s mother in crass terms during a match in September. Al-Sheikh decided to abandon his Egyptian adventure after President Abdel Fattah el-Sisi ignored his request to intervene. “Strange attacks from everywhere, and a new story every day. Why the headache?” Al-Sheikh said on Facebook.

Al-Sheikh’s attempt to form a regional powerbase by creating a breakaway group of South Asian and Middle Eastern soccer federations beyond the confines of FIFA and the Asian Football Confederation (AFC) collapsed five months after the formation of the South-West Asian Football Federation (SWAFF) when seven South Asian nations pulled out with immediate effect.

The collapse of SWAFF and Al-Sheikh’s withdrawal from Egypt were preceded by his backing of the US-Canadian-Mexican bid for the 2026 World Cup against Morocco after he failed to bully the North Africans into supporting the boycott of Qatar.

Adopting a Saudi Arabia First approach, Al-Sheikh noted that the United States “is our biggest and strongest ally.” He recalled that when the World Cup was played in 1994 in nine American cities, the US “was one of our favourites. The fans were numerous, and the Saudi team achieved good results.”

That was Al-Sheikh’s position six months ago. Today, men like Prince Mohammed and Messrs. Al-Sheikh and Al-Qahtani are seething. US President Donald J. Trump is proving to be an unreliable ally. Not only is he pressuring the kingdom to come up with a credible explanation for Khashoggis’ killing, Trump is also seemingly backtracking on his promise to bring Iran to its knees by imposing crippling economic sanctions.

Saudi distrust is fuelled by the fact that Trump first asked the kingdom to raise oil production to compensate for lower crude exports from Iran and then without informing it made a 180-degree turn by offering buyers generous waivers that keep Iranian crude in the market instead of drive exports from Riyadh's arch-rival down to zero.

Whatever the case, Al-Sheikh’s sweep through regional and global sports has left Saudi leaders with little to leverage in the kingdom’s bid to pick up the pieces and improve its image tarnished first and foremost by Khashoggi’s killing but also by the trail the sports czar has left behind.