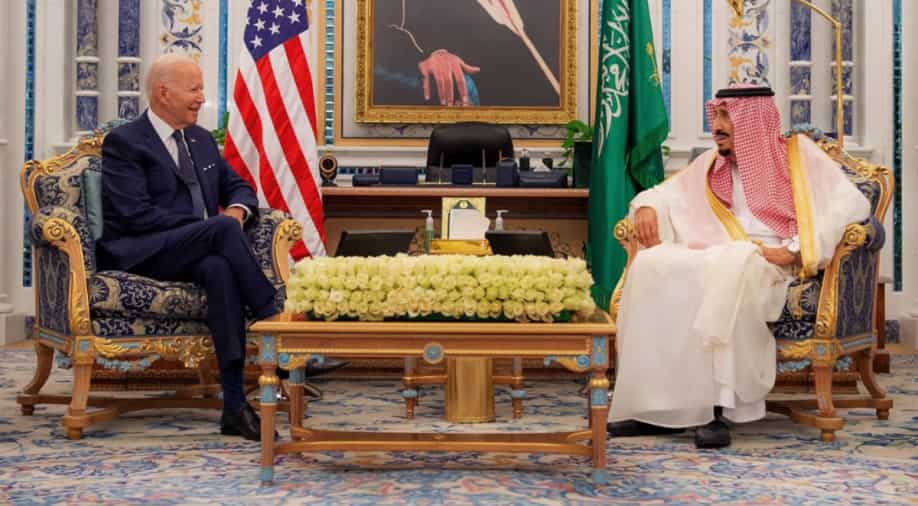 In order to strengthen frayed relations with Saudi Arabia and the United Arab Emirates, the United States will sell them major missile defence systems worth over $5 billion.

As inflation hits 40-year highs and threatens his approval ratings, US President Joe Biden met leaders of the two countries in Saudi Arabia on a trip two weeks ago.

The State Department said in a statement that "These missiles are used to defend the Kingdom of Saudi Arabia's borders against persistent Houthi cross-border unmanned aerial system and ballistic missile attacks on civilian sites and critical infrastructure in Saudi Arabia."

"The proposed sale will improve the UAE's ability to meet current and future ballistic missile threats in the region, and reduce dependence on US forces," it added.

The potential deals are in the works as the procedural step of notifying Congress is often the first public acknowledgment.

Amid the war in Ukraine and faltering talks to revive a nuclear deal with Iran, the West has increased its efforts to court the major oil-producing state.

Following Russia's invasion of Ukraine, the US and European countries imposed strict sanctions on Moscow, and in retaliation, Russian President Vladimir Putin halted gas supplies to the bloc.

As a result, European countries are looking to diversify their sources of energy and have asked the world's largest oil exporter, Riyadh to raise production.