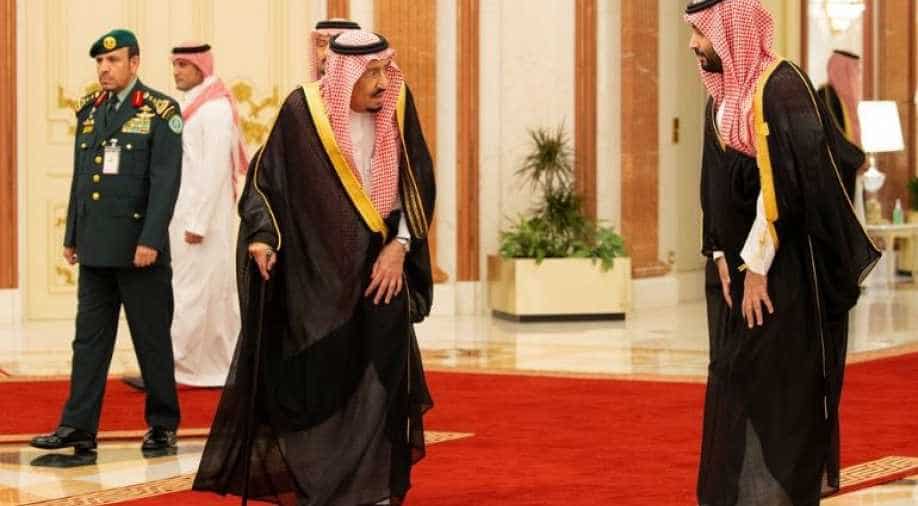 The right of Saudi Arabia and the United Arab Emirates to defend their interests after the attacks on oil pumping stations in the kingdom and tankers off the UAE was supported in a Gulf Arab states and a separate communique issued after the wider summit.

The right of Saudi Arabia and the United Arab Emirates to defend their interests after the attacks on oil pumping stations in the kingdom and tankers off the UAE was supported in a Gulf Arab states and a separate communique issued after the wider summit.

Tehran denies any involvement in the attacks and in a sign of regional tensions, Iraq, which has good ties with neighbouring Iran and Washington, said it objected to the Arab communique, which stated that any cooperation with Tehran should be based on "non-interference in other countries".

"The absence of a firm deterrent stance against Iranian behaviour is what led to the escalation we see today," King Salman told the two consecutive meetings late on Thursday.

The ruler of the world's top crude exporter said Shi'ite Iran's development of nuclear and missile capabilities and its threats on world oil supplies posed a risk to regional and global security.

The US Secretary of State Mike Pompeo said on Thursday that attacks on four vessels near a major bunkering hub, just outside the Strait of Hormuz, were "efforts by Iranians to raise the price of crude oil around the world."

Riyadh accused Tehran of ordering the drone strikes. The attacks were claimed by the Iran-aligned Houthi group which has been battling a Saudi-led military coalition in Yemen for four years.

The US national security adviser John Bolton said on Thursday that evidence of Iran being behind the tanker attacks would be presented to the UN Security Council as early as next week.

"The kingdom is keen to preserve the stability and security of the region, to spare it the scourge of war and to realise peace and stability," King Salman said.

Iran, which is locked in several proxy wars with Saudi Arabia in the region, rejected what it called "baseless" accusations made at the summit, Iranian state news agency IRNA reported.

"We see the Saudi effort to mobilise (regional) opinion as part of the hopeless process followed by America and the Zionist regime (Israel) against Iran," IRNA quoted Iranian Foreign Ministry spokesman Abbas Mousavi as saying.

Iraqi President Barham Salih, asking the gathering to support Iraq's stability, said that rising tensions with Iran could spark a war if not managed well and voiced hope that Iran's security would not be targeted.

Pompeo has warned Iraqi leaders that if they failed to keep in check Iran-backed militias, which now form part of Baghdad's security apparatus, the United States would respond with force.

Tensions have risen between the United States and Iran after US President Donald Trump a year ago withdrew Washington from a 2015 international nuclear deal with Iran, re-imposed sanctions and boosted its military presence in the Gulf.

Bolton has said that Iranian mines were "almost certainly" used in the tanker attacks. An Iranian official dismissed that as "a ludicrous claim."

The Islamic Republic has said it would defend itself against any aggression. Vice President Eshaq Jahangiri has said Tehran was not allowed to pursue the development of nuclear weapons as it was banned by Supreme Leader Ayatollah Ali Khamenei.

The final communique said regional stability required the establishment of an independent Palestinian state along 1967 borders to include Gaza, the West Bank and East Jerusalem.

The US special envoy for Iran, Brian Hook, said on Thursday that a repositioning of US military assets in the region had deterred Iran, but that the United States would respond with military force if its interests are targeted.

The United States has deployed 900 additional troops to the region and extended the stay of 600 other service members, after speeding up the deployment of an aircraft carrier strike group and sending bombers and additional Patriot missiles.

The United States and the UAE, which hosts a US air base, on Wednesday activated a defence cooperation agreement signed earlier this year.

Gulf states have a joint defence force under the Gulf Cooperation Council (GCC), but the alliance has been fractured by a boycott imposed on Qatar by Saudi Arabia, the UAE, Bahrain and non-GCC Egypt since mid-2017.

The Gulf communique said the six nations had discussed the GCC defence mechanism during their meeting.

Qatari Prime Minister Abdullah bin Nasser Al Thani, whose country hosts the largest US military base in the region, attended the summits, the most senior Qatari official to visit the kingdom since the embargo.