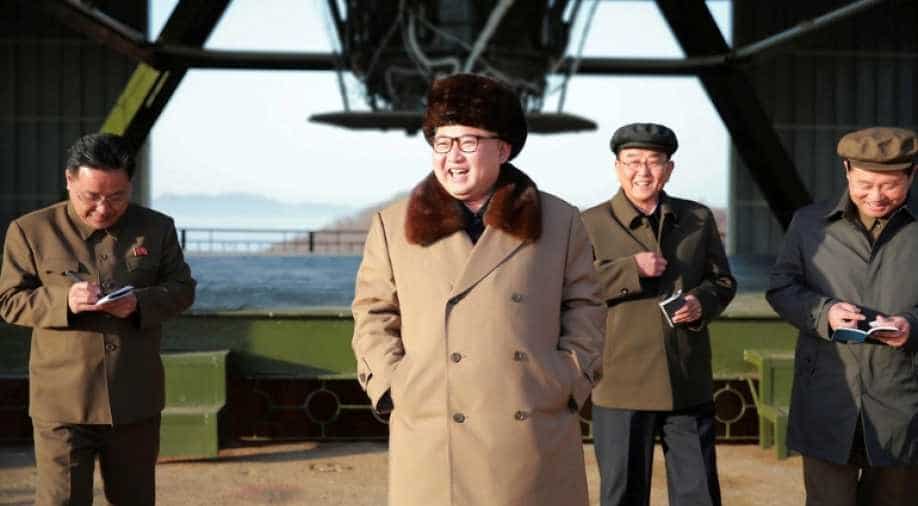 The North Korean regime had begun to dismantle the base at Sohae last year. It had shown no activity for months.

Satellite images analyzed by experts on Wednesday show the partial reconstruction of facilities at the satellite launching base in Sohae, North Korea, which the regime had started to dismantle last year, and which had shown no activity for months.

The satellite images analyzed, captured on March 2, two days after the Hanoi summit that concluded without an agreement between the US and North Korea, show that reconstruction has begun on the launch pad and the vertical test bench for rocket engines.

The images analyzed separately by the Center for Strategic and International Studies (CSIS) and the website 38 North (both based in Washington DC), show that the vertical test stand has been partially rebuilt and around it are construction cranes, vehicles and various supplies.

The images also show that on the launch pad, the rail-mounted transfer building is being reassembled and support cranes are visible at the base, located in the northwest of the country, close to the border with China.

North Korea began to dismantle these two key facilities at Sohae last June, after the first summit between the North Korean leader Kim Jong Un and US president Donald Trump, in Singapore.

Although the regime did not commit to dismantling Sohae on paper, Trump assured that Kim himself had given him his word that he would dismantle the launch site, and the works to dismantle the base were interpreted as a gesture showing the willingness of Pyongyang to advance towards denuclearization.

The reasons why the regime has opted to restore these structures are unknown, as well as the exact date on which the reconstruction work began, it must be some time between February 16 and March 2 based on previous satellite images.

CSIS analysts believe that it could indicate that North Korea wants to be defiant after the US rejected its demands for the lifting of sanctions at the summit in Hanoi.

Pyongyang and Washington DC give different versions of what each side put on the table, but the Hanoi meeting made it clear that the disagreement circles around the number of North Korean nuclear program facilities and assets that should be dismantled and the selection and extend of international sanctions on Pyongyang that would be alleviated in return.