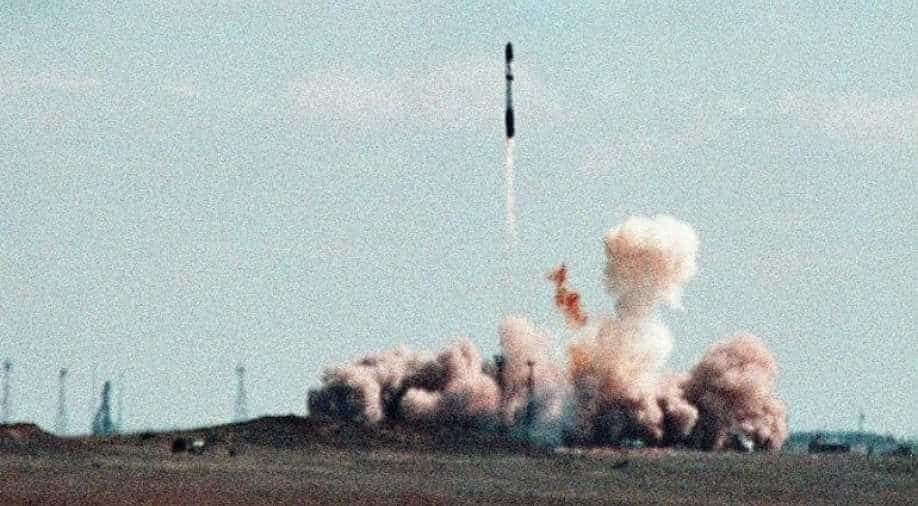 Russia is developing a nuclear-powered missile that can fly around the atmosphere for years on end ready to strike at any moment.

This does mark the first time this missile has made the headlines. Last year, this so-called missile was involved with a mysterious explosion in Russia, which reportedly left at least 5 scientists dead.

Also read: This battery powered by nuclear waste could run anything for 28,000 years!

This explosion had also led to a major spike in the radiation levels in the area.

Now British intelligence claims that Russia is “pushing the boundaries of science, and international treaties” in developing novel weapons.

So what do we know about this cruise missile?

Russia calls the missile “Burevestnik” or “Storm Petrel”, while the NATO calls it “Skyfall”

Putin first unveiled the Burevestnik on March 1, 2018, claiming that it was invincible. Essentially, it is a cruise missile that features a small nuclear-powered engine.

Also read: China wants to double its nuclear warheads, here's why the world should worry

This is the first of its kind, for it can fly long distances for hours or even days.

The missile can also exploit loopholes in enemy defence networks. Russian president Vladimir Putin had earlier said that the testing of Burevestnik was going on successfully.

The British chief of defence said the missile had global reach and could “attack from unexpected directions”.

The mention of this missile came up during the Five Eyes intelligence hub including experts from the UK, US, Australia, New Zealand and Canada.