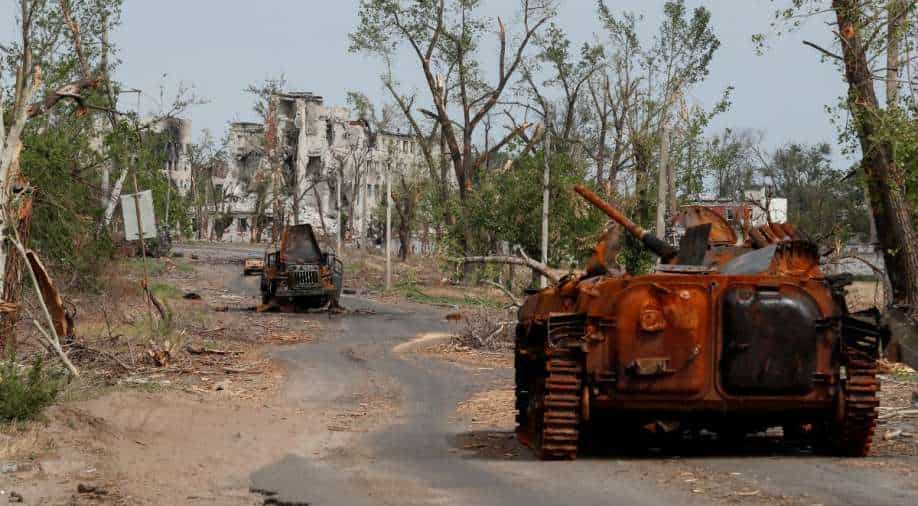 A view shows military vehicles destroyed during Ukraine-Russia conflict in the town of Rubizhne in the Luhansk region, Ukraine June 1, 2022. Photograph:( Reuters )

According to reports, Major-General Roman Kutuzov was killed. However, there was no immediate comment from the Russian defence ministry or any other official.

Major-General Roman Kutuzov was reportedly the chief of staff of the 29th Combined Arms Army. According to a source-based report, Kutuzov's vehicle was ambushed by Ukrainians as he died in a fight in Donbas.

Kutuzov is the 11th general, but the first such high ranking army officer in more than a month. In addition, at least 49 colonels have been killed in the war with Ukraine.

Russia already classifies military deaths as state secrets even in times of peace and has not updated its official casualty figures in Ukraine since March 25, when it said that 1,351 Russian soldiers had been killed since the start of its military campaign on February 24.

Russia says it is carrying out "special military operation" designed to demilitarise Ukraine and rid it of nationalists threatening the Russian-speaking population. Ukraine and Western countries dismiss Russia's claims as a pretext to invade.