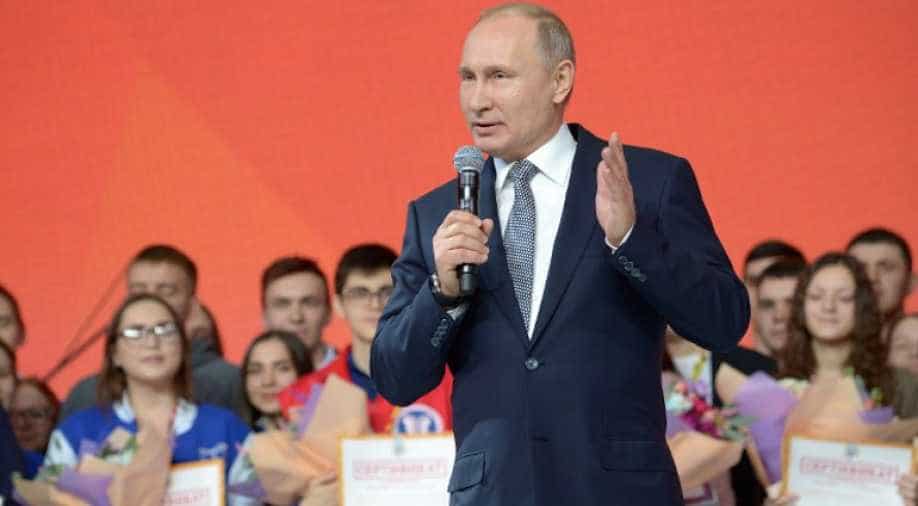 Russian president Putin said it was it was partially Russia's "own fault" for being under scrutiny for doping. Photograph:( AFP )

Russian President Vladimir Putin on Wednesday praised female bosses and their "typically feminine traits" during a visit to a pastry factory ahead of International Women's Day.

March 8 is a public holiday in Russia but is mainly celebrated by giving flowers and chocolates to women rather than stressing the need for gender equality.

"To be a major shareholder... or the head of a business, you have to have particular qualities," said Putin as he met with female entrepreneurs in the city of Samara on the Volga river.

" I think that women do have these qualities, and even certain advantages," said the president, who cultivates a macho image and is often photographed topless and playing sports.

"Men are, as they say, tougher. But if these leadership qualities are combined with typically feminine traits, then the result is often much superior to the assertiveness of strong men."

Russia's last female leader was Catherine the Great, who died in 1796, and the only woman standing in a presidential election this month, Ksenia Sobchak, has around one percent of the projected vote.

Communist candidate Pavel Grudinin has pulled out of televised presidential debates, which Putin has refused to take part in, but briefly returned Wednesday to wish Sobchak the best on the upcoming holiday.

He apologised to the former reality TV host and socialite "on behalf of all men" for the insults she suffered during a previous debate, at which an ultra-nationalist candidate called her a "whore".

Grudinin then handed Sobchak a bouquet of flowers and left the stage.

Moscow Metro said it had set up temporary beauty salons in one of the capital's major underground stations to offer free make-up and styling to female passengers.

A group of feminist activists were detained on International Women's Day last year after protesting near the Kremlin with banners calling for an end to male rule.